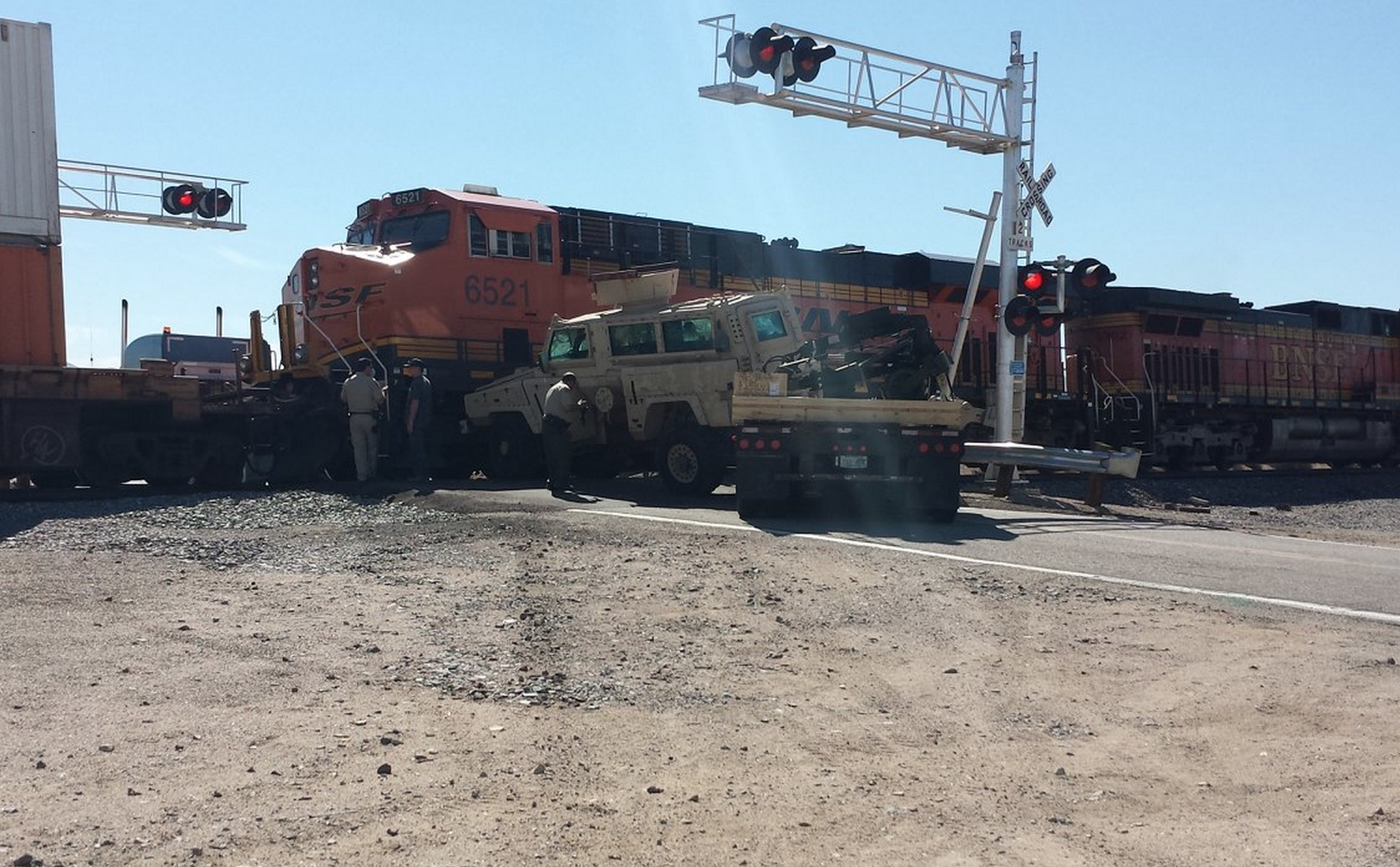 BARSTOW – At about 10:50 a.m. on Saturday, October 10th CHP officers were dispatched to the area of Hinkley Road north of National Trails Highway for the report of a train versus vehicle.

Upon arrival, officers located the Peterbuilt truck tractor with lowbed trailer that was hauling three pieces of military equipment. CHP officials say that the lowbed trailer became stuck as the driver attempted to cross the railroad tracks.


The vehicle, according to CHP officials was occupied to an adult male, an adult female and a 2-year-old boy.

The driver attempted to free the truck and the trailer, but he was unable to before the train approached the disabled vehicle. The driver and passengers safely exited the vehicle.

As the train approached, the train operator noticed the vehicle stuck on the tracks and attempted to stop the train. The train was unable to be stopped on time subsequently colliding with the vehicle.
Officer Camara said that the train sustained only minor damage, but the truck and trailer sustained major damage. The tracks sustained no damage and the military equipment sustained little to no damage.

There were no injuries reported as a result of the incident. The clean up slowed area traffic until about 2:30 p.m. when it was complete. The Barstow CHP is still investigating the incident, drugs or alcohol are not a suspected factor in the collision.