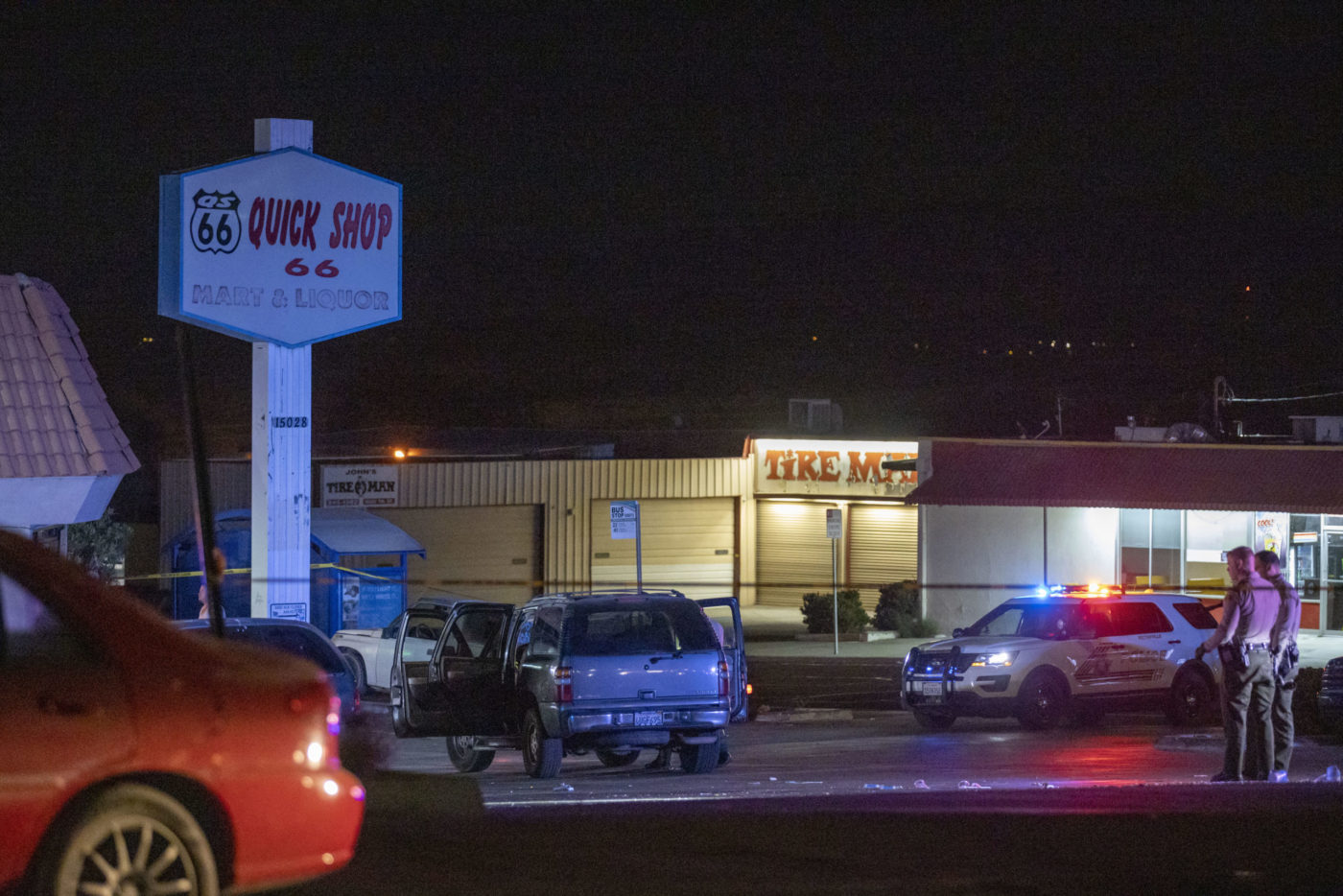 VICTORVILLE, Calif. (VVNG.com) — No injuries were reported after a barrage of gunfire erupted in a crowded parking lot Thursday night in Victorville.

Witnesses reported hearing between 10-14 rounds followed by people running and fleeing the area in different vehicles. When deputies arrived, they located an abandoned 2001 Chevrolet Tahoe near the Quick Shop 66 Mart & Liquor store.

Sheriff’s spokeswoman Cynthia Bachman said deputies located evidence of multiple shots fired. According to Bachman, there were numerous people at the location but they quickly dispersed when deputies arrived.

No injuries were reported and anyone with information is asked to call the Victorville Police Department at 760-241-2911.