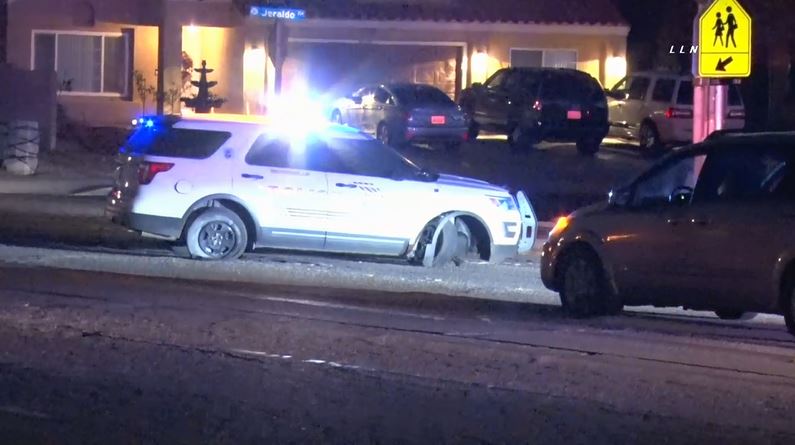 At approximately 5:30 pm the deputy was en route to assist other deputies on a call.

Victorville station spokeswoman Mara Rodriguez said the deputy was driving eastbound on Mojave Drive, near Jeraldo, with his emergency lights and siren activated. A van was traveling eastbound in the #1 (left) lane.

“The driver of that vehicle saw the patrol vehicle approaching from behind with lights and siren activated. However, instead of safely pulling to the right side of the roadway and yielding, the driver pulled into the center lane of Mojave Drive just as the deputy attempted to pass the van on the left,” stated Rodriguez. “In order to avoid colliding with the rear of the van, the deputy swerved to the right and collided with the curb.”

The deputy was not injured and no other vehicles were involved.

Rodriguez said this is a good example of why it is so important to always yield to emergency vehicles when they have their lights and siren activated. “The law says every driver shall pull to the right of the roadway and remain stopped until the emergency vehicle has passed. Luckily no one was injured in this incident.”