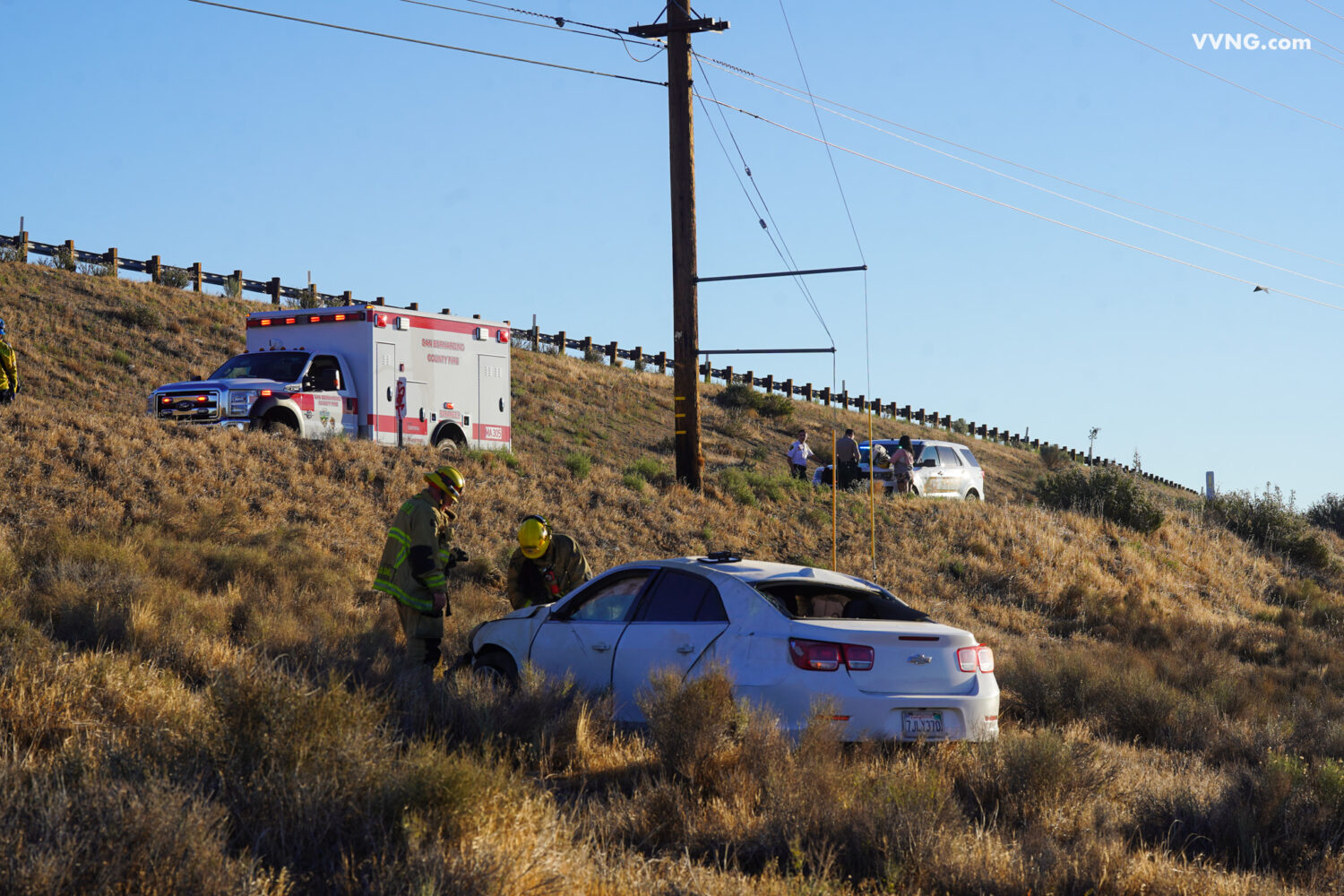 For reasons still under investigation, a white 2013 Chevrolet Malibu left the roadway and scraped against a wooden telephone pole before stopping on a slope near a wash.

The young female driver was able to self-extricate from the car and walked herself up to the roadway. A couple of Good Samaritans stopped and waited with her while emergency personnel arrived. No injuries were reported.

At about 7:08 pm, a rollover crash involving a dark gray 2007 Honda Accord was reported along Mariposa Road, north of Cedar Street. San Bernardino County Fire responded to the incident and confirmed nobody was injured.