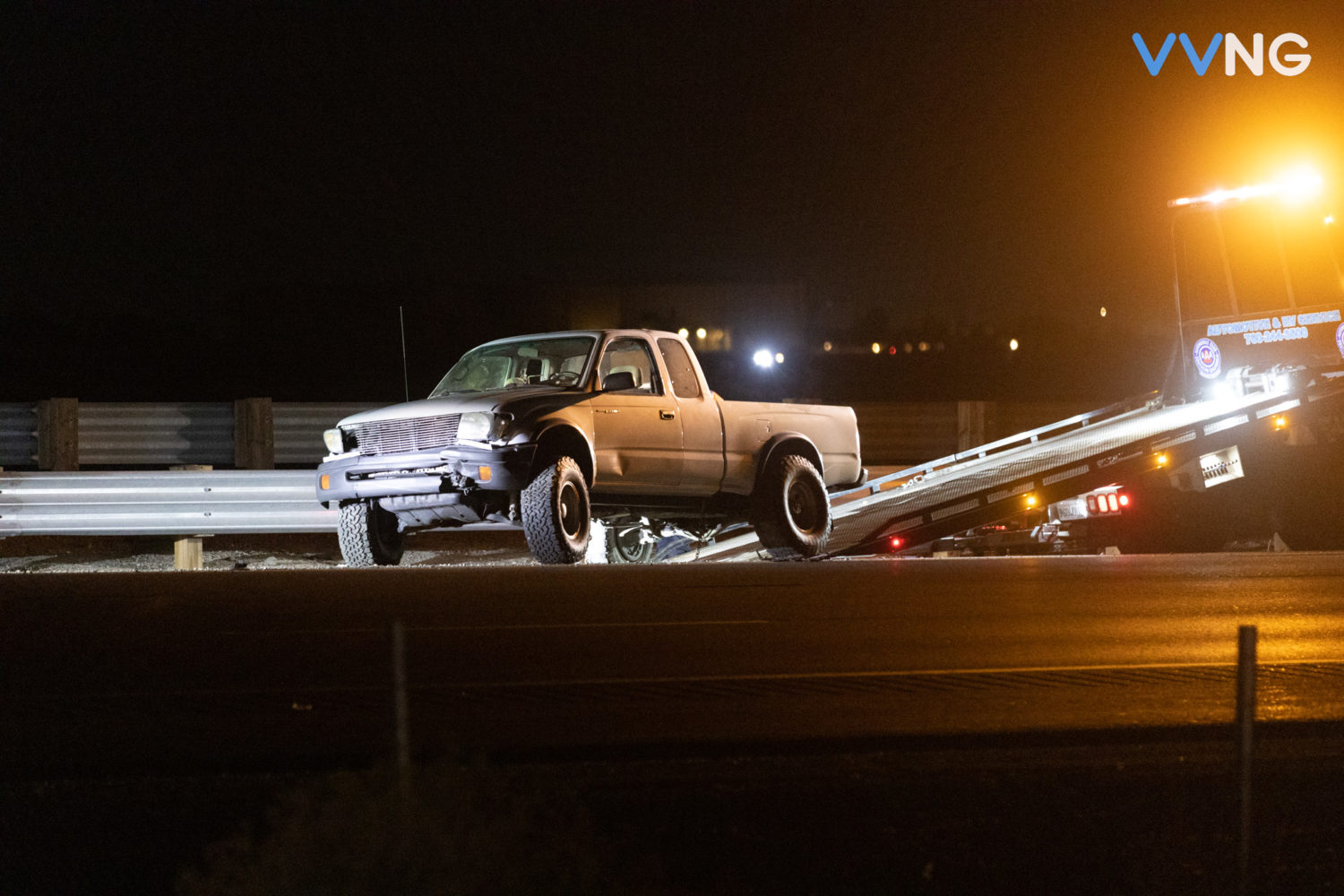 HESPERIA, Calif. (VVNG.com) — The California Highway Patrol responded to an early morning rollover crash on the I-15 freeway in Hesperia.

The single-vehicle crash involving an older-model Toyota Tacoma was reported at about 5:16 am, on October 20, 2021.

The truck was reportedly southbound on the I-15 when it crashed into the center divider, overturned, and landed on the northbound side of the freeway.

No serious injuries were reported and CHP is handling the crash investigation.

Caltrans was advised about guard rail damage caused by the accident.