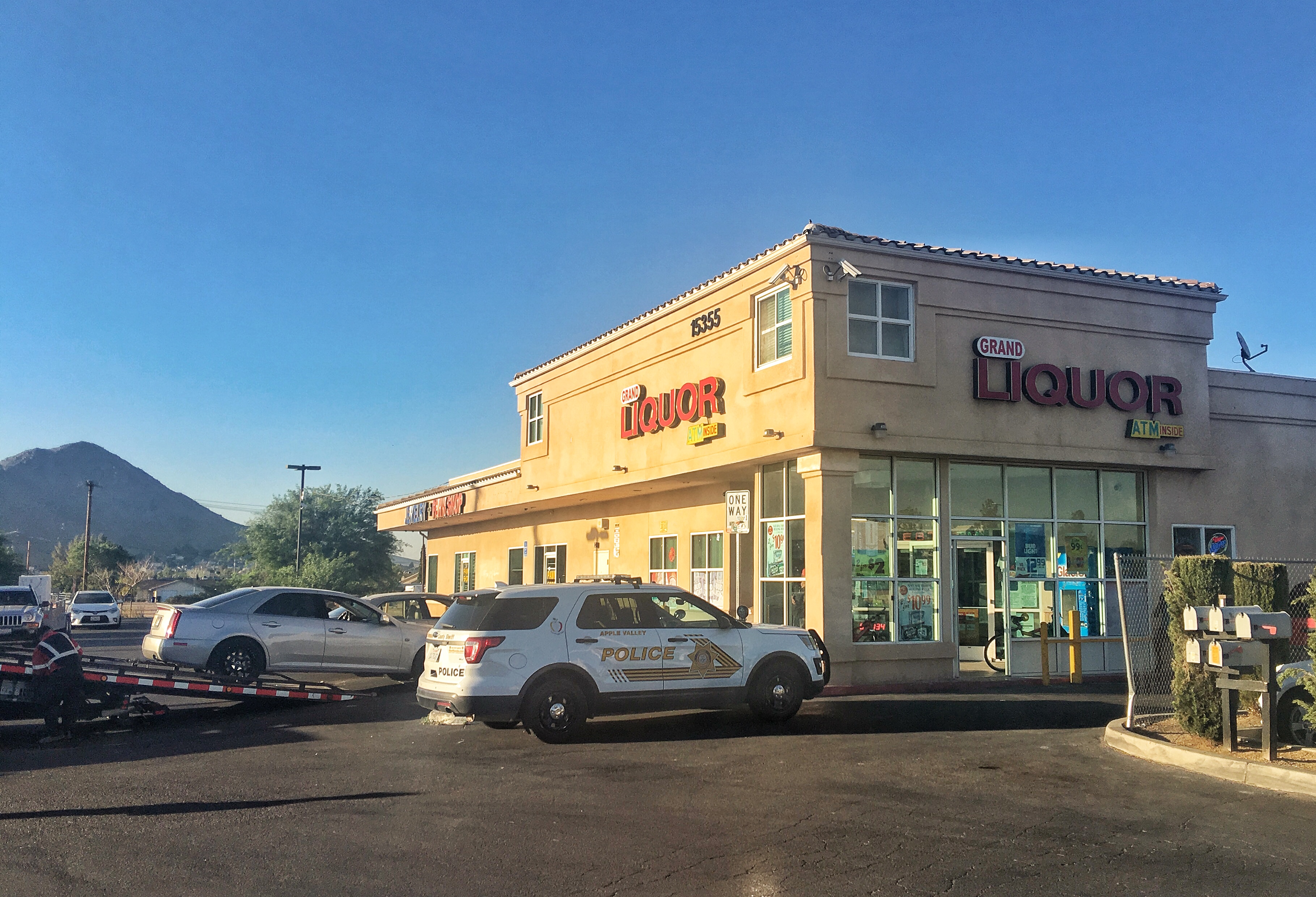 The three men identified as Jayquan Crittenden, 25, Phillip Dashon, 28, and Edward Johnson, 28, were taken into custody outside the Grand Liquor located at 15355 Rancherias Road on June 21st.

Deputies from the Apple Valley Sheriff’s Station were flagged down regarding three males in possession of a firearm outside the liquor store, officials said.

According to a sheriff’s press release, deputies arrived on scene and located Johnson outside of the store in possession of a handgun. Meanwhile, Crittenden and Smith were inside the store “preparing to steal items.”

Authorities located Johnson’s baby inside a silver Cadillac parked directly in front of the liquor store and all three men were taken into custody on suspicion of attempted robbery, possession of a firearm, and attempted robbery.

Crittenden was released from custody on Friday, June 23, 2017, and no criminal charges were filed against him, booking records show.

The San Bernardino County District Attorneys office turned down Crittenden’s case due to a “lack of sufficient evidence.”

Booking records show Johnson was released on bail late Friday and Smith remained in custody in lieu of $50,000 bail, at the Adelanto Detention Center. Smith is also being held on an additional $75,000 bail for a warrant from the Los Angeles County Sheriff’s Department.

The Apple Valley Sheriff’s Station had no additional information on the incident.

Anyone with information regarding this incident is urged to contact Detectives Dutra and Lopez at the Apple Valley Sheriff’s Station (760) 240-7400. Callers wishing to remain anonymous are urged to contact the We-Tip Hotline at 1-800-78CRIME (27463) or the We-Tip website at www.wetip.com.