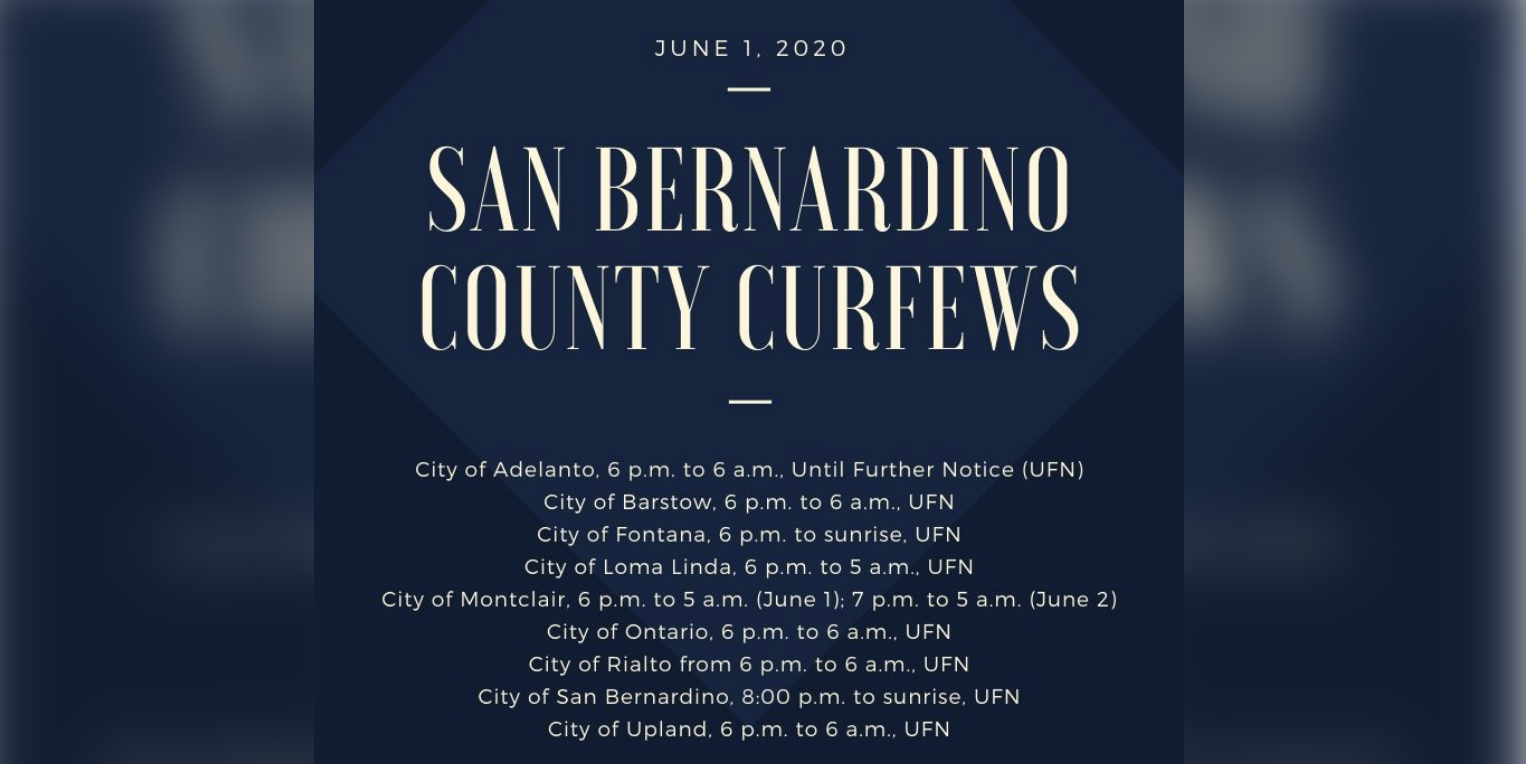 SAN BERNARDINO, Calif. (VVNG.com) — Although there is not a countywide curfew in San Bernardino, several cities in the county have enacted their own curfews.

At this time, City of Barstow and City of Adelanto are the only Victor Valley communities that have declared a local emergency and enacted a curfew from 6 p.m. until 6 a.m. until further notice.

Town of Apple Valley officials confirmed via Facebook they have not issued a curfew and some businesses have closed or boarded their doors but not at the direction of the Town or Apple Valley Police. The Town is aware of only one upcoming peaceful protest. There have been no reports of incident or property damage.

According to an email from the Apple Valley Board of Directors, a protest at the Jess Ranch Market Place is planned for June 3, 2020. “We strongly recommend you stay away from the area for the entire day,” stated the email.

San Bernardino County offices closed at 3 p.m. today so local law enforcement can focus on any public safety issues that may arise in the community given the unrest that has taken place locally and throughout the country.

First District Supervisor Robert Lovingood said he is disheartened by the violence unfolding in cities across our nation that is not reflective of the purpose and reason the many protestors have assembled in unity to voice their concerns and unrest.

“The criminal element of looting and violence is not welcomed. It causes everyone to suffer and brings nothing good for our communities and families. I stand with our community and faith-based leaders in a call for unity as we hear the cries of many and stand together against the violence,” he stated.