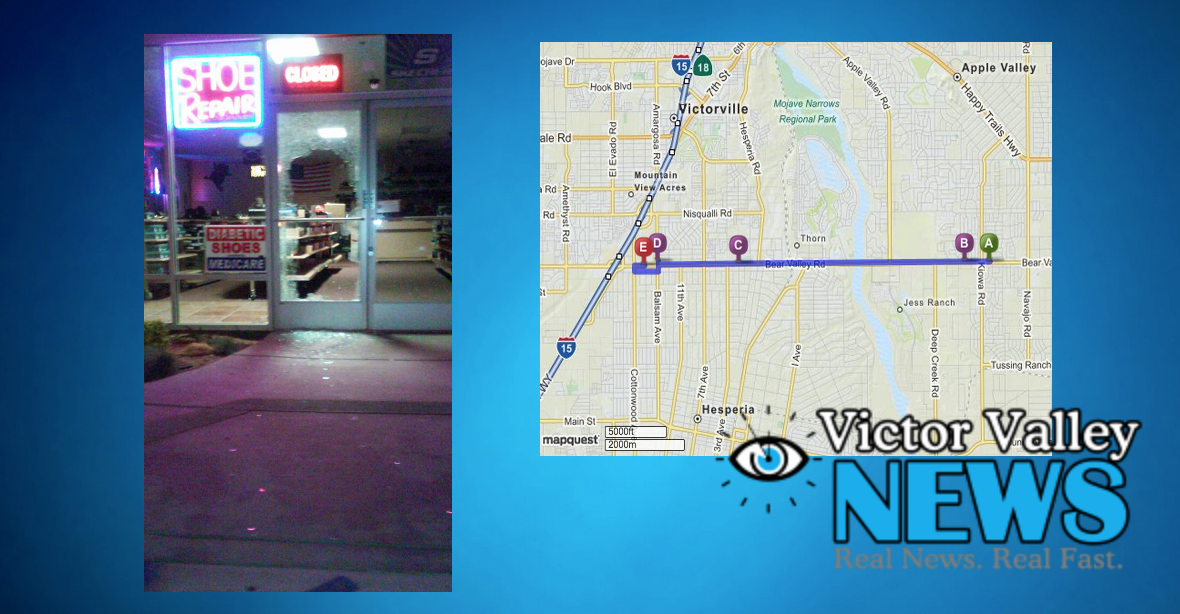 The alarms were a combination of audible and silent alarms through Apple Valley, Hesperia and Victorville between the hours of about 12:00 to just after 1:00 a.m.

At this time, the exact times of each were unclear, but deputies are looking into the possibility of all the Thursday morning burglaries being related. Per scanner traffic, deputies had a person of interest that they planned to make contact with, who according to authorities had the same “M.O.”.

All of the reported burglaries took place on or in near proximity of Bear Valley Road and of each other. All of the burglaries occurred within about one hour. Hesperia Sheriff’s Spokeswoman, Karen Hunt said, “I am aware we (Hesperia) had two burglaries last night as did Apple Valley.  They are still under investigation and not known if they are related.”

At this time, they also can not say if this is possibly related to the burglary at Cobbler Express on the 15000 block of Bear Valley Road at about the same time on Monday morning. At this time, the suspect(s) are still at large.

Anyone with information are urged to call the Hesperia, Victorville or the Apple Valley Police Departments or anonymous tips can be made to WE TIP 1-800-78-CRIME.