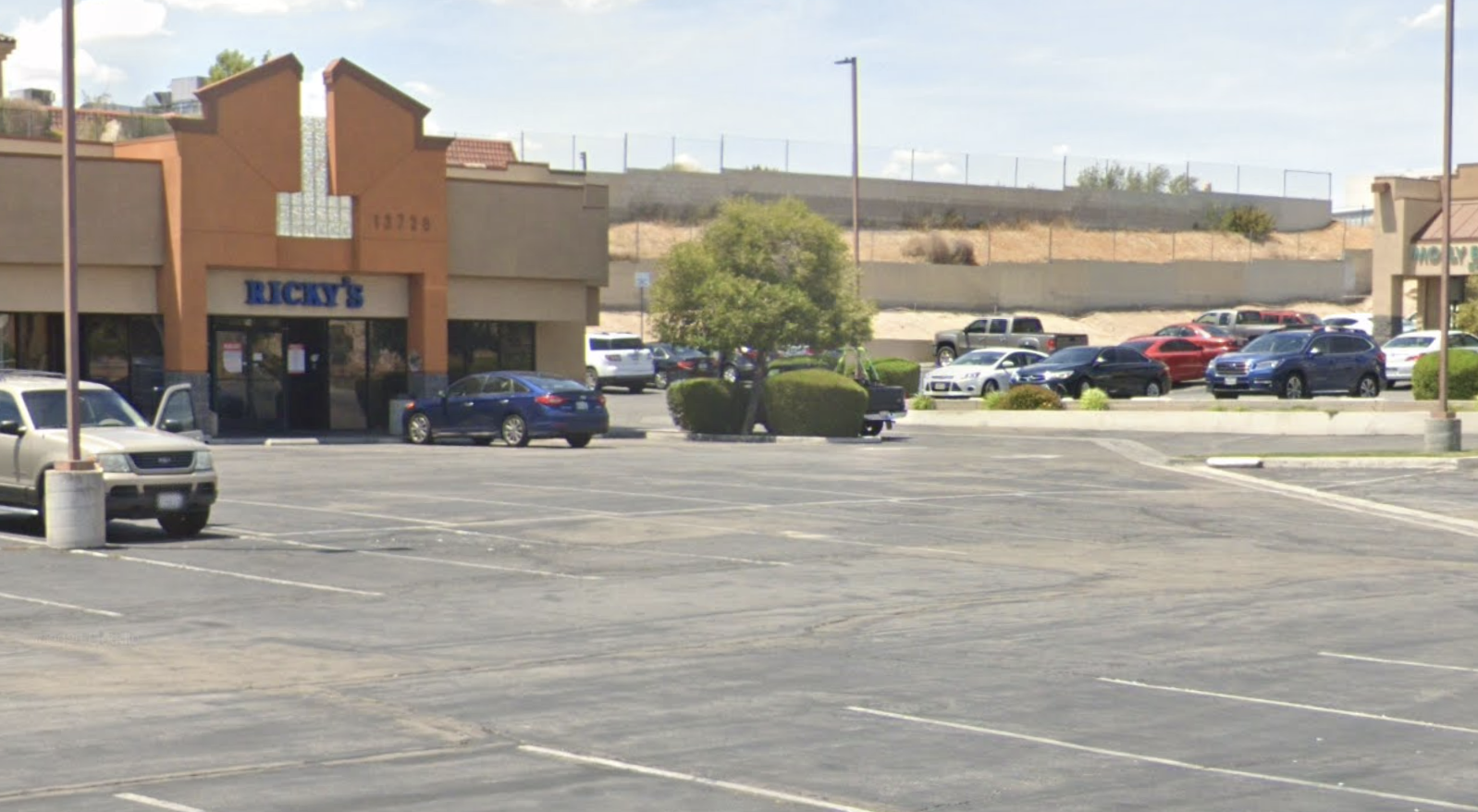 VICTORVILLE, Calif. (VVNG.com) — No arrests have been made after a shooting that occurred in the parking lot of Ricky’s Bar in Victorville.

Sheriff’s spokeswoman Mara Rodriguez told VVNG a Hispanic male arrived in the parking lot of the bar in a dark-colored Dodge Charger. He exited the car and approached a group of people.

“The male was armed with a gun and threatened to kill people, pointing the gun at multiple parties. He proceeded to point the gun at a vehicle and fired, hitting the hood,” stated Rodriguez.

The suspect fled the scene and was not located. Rodriguez confirmed no injuries were sustained during the incident.

VVNG spokeswoman Tricia Blake told VVNG nothing in the police report showed the call for service was about drugs or a drug deal.

“One of the victims was transported to our station for an interview but she was not a suspect nor was she arrested. Nobody has been arrested or cited in this case,” stated Blake.

The cause of the shooting is unknown and the investigation is ongoing. Anyone with information is asked to call the Victorville Police Department at 760-241-2911.