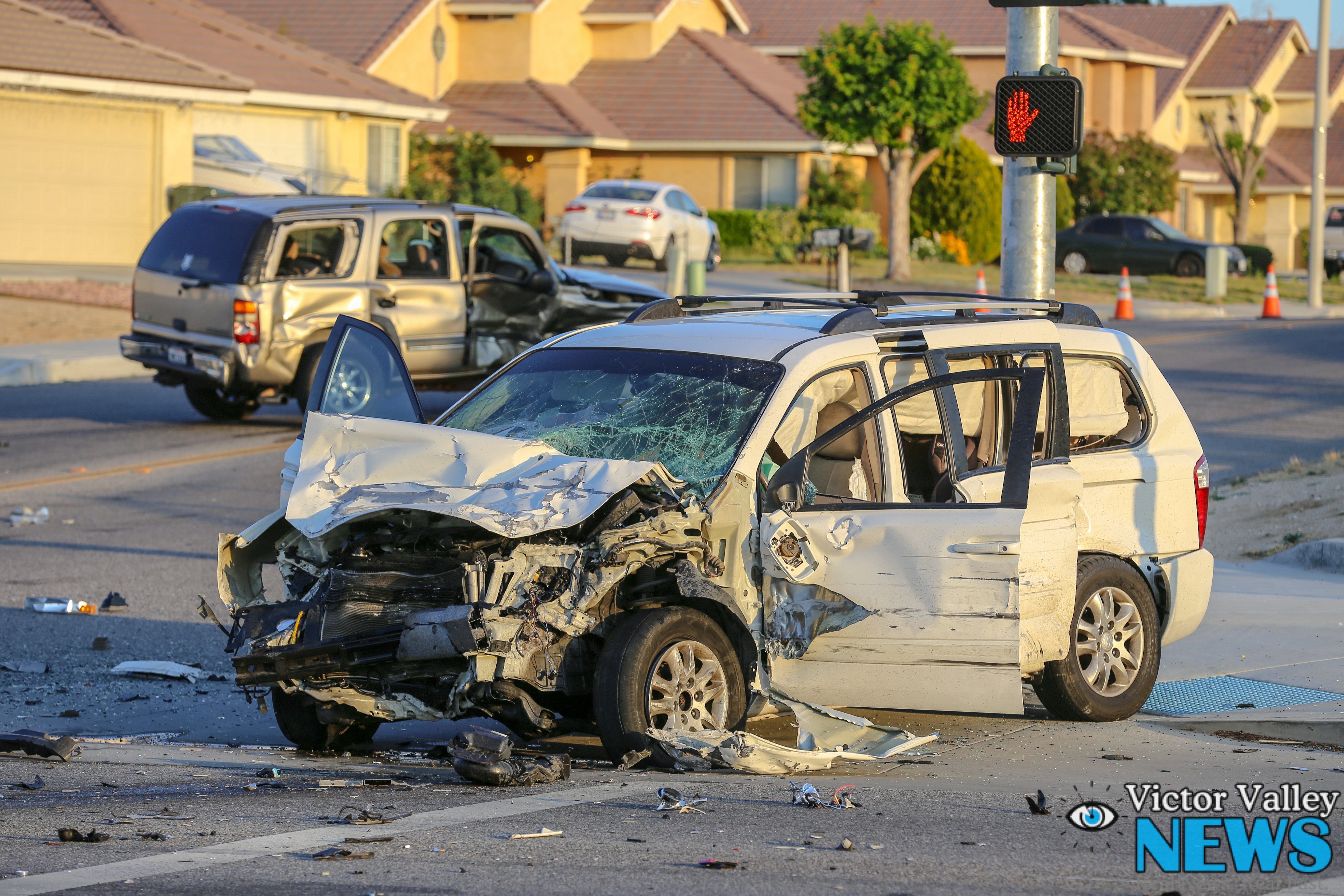 At about 5:20 PM, on Monday, May 23rd authorities responded to the intersection of Nisqualli Road and Third Avenue and located a gold Chevy Tahoe and a white Kia minivan both with major damage.

Upon arrival, first responders located two small children and an adult female lying on the sidewalk near the minivan. Due to the extent of injuries, the two children were airlifted to Loma Linda Medical Center. The driver of the van identified as 22-year-old Adelanto resident Vanessa Villalobos was also airlifted with unknown injuries.

Two other adults from the Tahoe including two small children were transported by ground ambulances with nonlife-threatening injuries to various hospitals. Altogether a total of seven patients required medical attention.

Through investigation authorities have determined Villalobos was heading south on Third Avenue when for unknown reasons, she drifted into the northbound lane and sideswiped a Kia sedan.

According to Sergeant Marc Bracco with the Major Accident Investigation Team, after the first crash Villalobos continued southbound and traveled into the northbound lane against the red light on Nisqualli Road and broadsided an SUV heading west on Nisqualli Road.

When asked for an update on the victims conditions Bracco said, “It’s a major injury collision and nobody has passed away at this time.”

Sgt. Bracco was unable to confirm whether drugs or alcohol were a factor in the collision. “We aren’t ruling it out but it is being looked into,” he said.

As a result of the crash, the Victorville station is running a concurring investigation involving child endangerment on Villalobos.