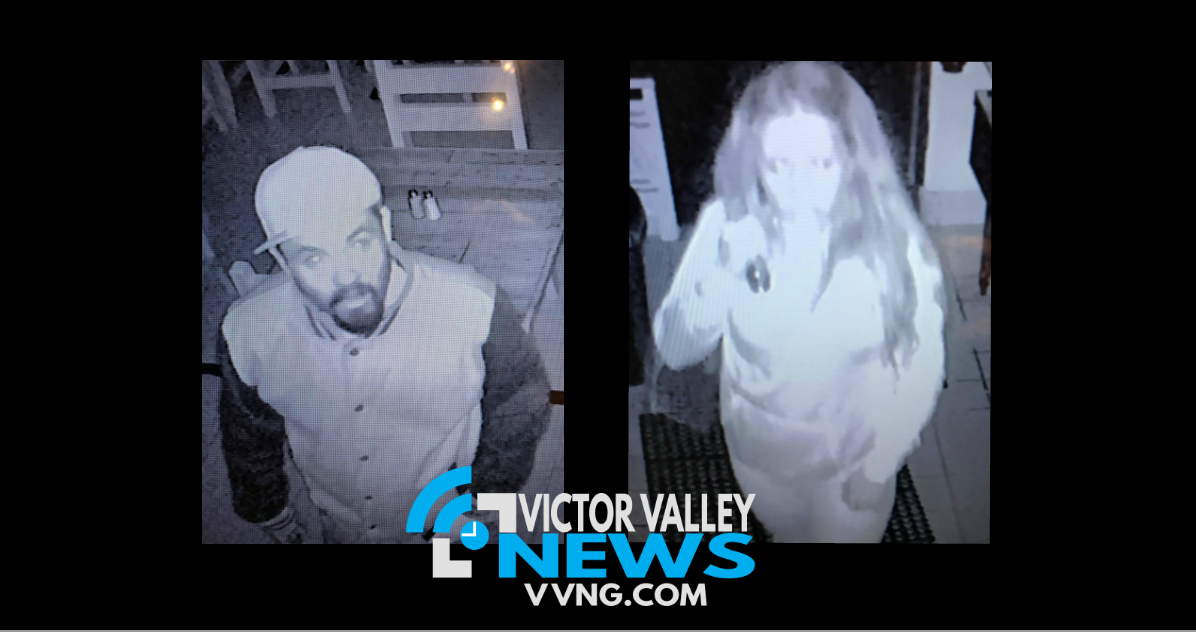 VICTORVILLE, Calif. (VVNG.com) A newly opened restaurant was greeted by two burglarers less than a day after it’s grand opening.

El Parrandero Family Restaurant located at 14269 7th Street officially opened Tuesday and held their grand opening Saturday, April 8th. The 7th Street landmark was the former home of the T-zers Bar & Grill before they shuttered their doors in 2014.

When employees arrived for work on Monday they were shocked to find the business had been victimized overnight.

Surveillance video captured a woman and a man allegedly stealing two cash registers, a DJ music system, and alcohol. Before leaving the premises the duo made their way into the restaurant’s office and shattered a television.

The local authorities are investigating and asking anyone with information to contact the Victorville Police Department at (760)956-5001.