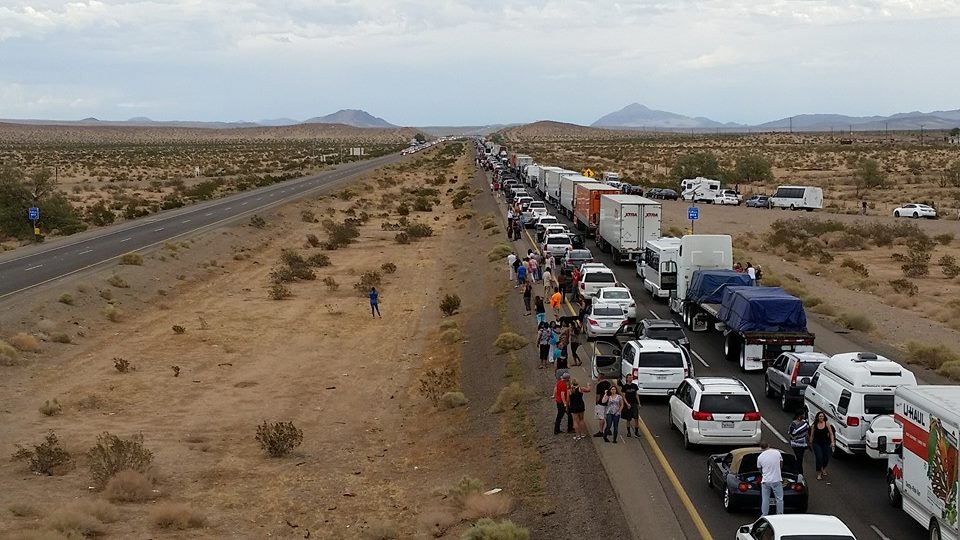 NEWBERRY SPRINGS:(VVNG.com)- An overturned tractor-trailer caused a traffic nightmare for commuters on the northbound 15 freeway, while an overturned truck with trailer slowed those traveling southbound.  “The truck pulling the trailer had the back tires off the ground, the semi was almost directly across flipped on its side. It had just happened when we went through it was storming pretty bad,” said Michele Harris, member of the Facebook group Barstow Good News.

The accident was reported at 1:04 p.m., near Harvard Road in Newberry Springs, on Sunday, according to CHP incident logs. Commuters in the area blame high winds and heavy rain for the accidents, causing many motorcyclist and trucks to simply pull over to wait out the storm.

No injuries were reported in the collision and no other vehicles were involved. A heavy-duty tow truck has arrived to clear semi and the roadway is expected to reopen shortly. By 5:45 p.m., there were reports of both sides of the freeway being clear of traffic and moving smoothly again. 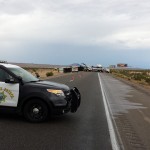 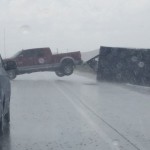 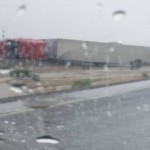