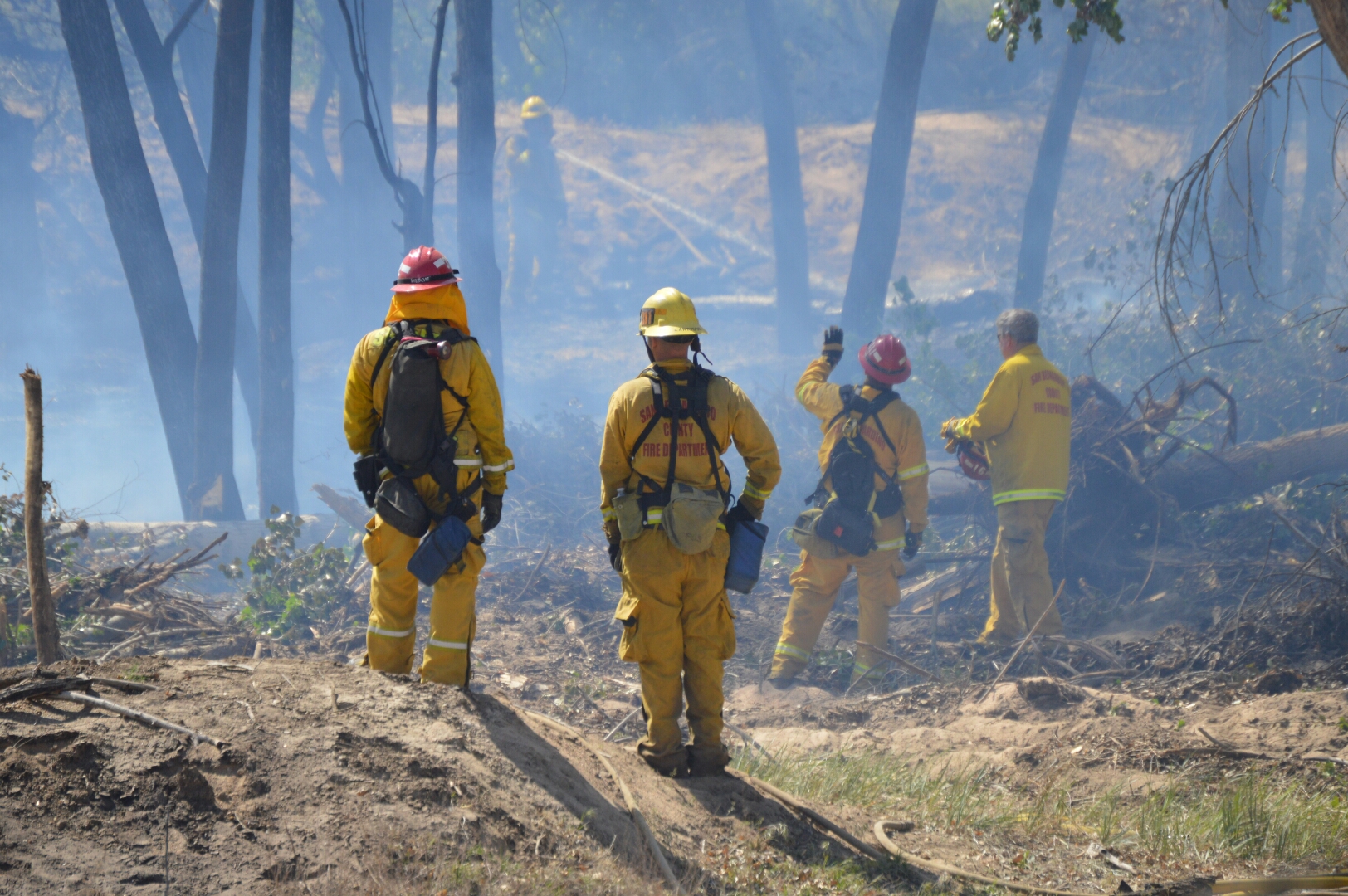 VICTORVILLE:(VVNG.com)- On Tuesday, April 7, 2015 at about 12:30 P.M., a vegetation fire broke out along the Mojave River bed, just south of Stoddard Wells Road, right next to northbound I-15.

County Fire spokeswoman Tracey Martinez, stated the fires foreword rate of spread has been stopped. “We currently have over 31 firefighters on scene, a dozer, and an inmate hand crew. They are struggling with the heavy brush and dry debris that is in that area.”

Martinez said containment is “shaky” right now. “The winds are blowing about 20 MPH with some pretty good gust. We had equipment on scene very quickly because we had an inmate hand crew and dozer already working the River Bottom fire last week.”

The Shady Oasis Kampground is under voluntary evacuation. The Sheriff’s office did evacuate a homeless encampment that is near the riverbed.

“The Sheriff’s water dropping helicopter was on-scene very quickly. Which really does prove its worth, that bucket can drop about 350 gallons instantly and it really helps our firefighting efforts,” stated Martinez.

According to Martinez, the cause is under investigation by investigators. They have a lot of leads, but there is a homeless encampment that is right next to it and we’ve had several fires along this portion of the riverbed in the past.

Winds are expected to pick up to 40 MPH later this afternoon. No injuries were reported.