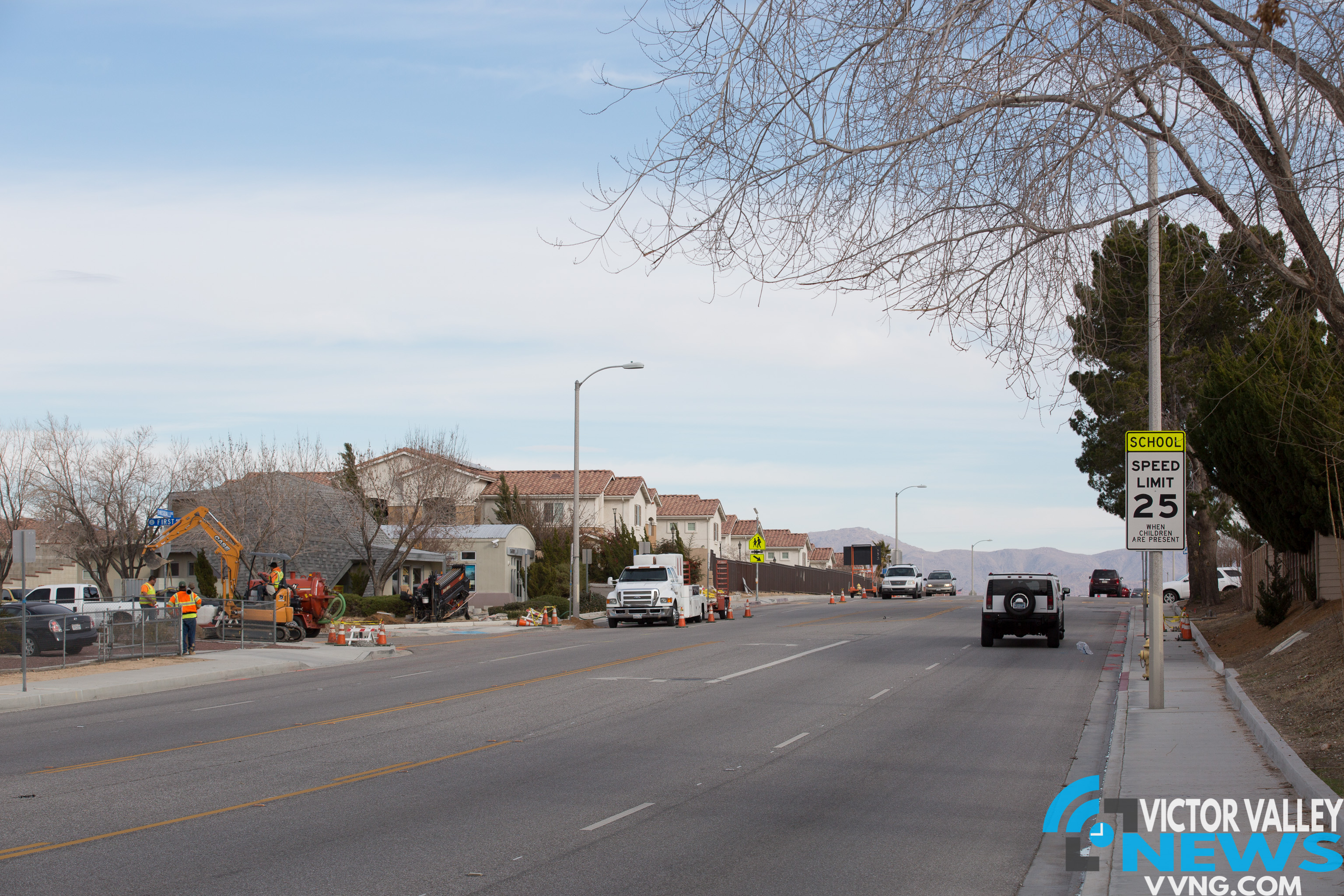 VICTORVILLE, Calif. (VVNG.com)- The City of Victorville will soon introduce a much-needed traffic signal at the corner of Nisqualli Road and 1st Avenue.

According to Jones, the city estimates the traffic signal will be operating by the end of March, barring unforeseen problems. “The poles, mast arms and signal equipment have been ordered and have a lead time before they will be delivered for installation.”

The project is funded by a $368,000 federal Highway Safety Improvement Program grant with matching funds from Measure I.

This area has raised concerns by many residents over the past two years. There have been at least three major accidents that Victor Valley News covered at this location.

On Sunday, August 30, 2015, Jonathan Chavez and his best friend Matthew Potts were killed in a traffic collision near the intersection of Nisqualli and First Avenue.

On February 24, 2016, a small child walking home from school was struck by a vehicle while attempting to cross Nisqualli Road and 1st Avenue.

On September 10, 2016, two women were airlifted after their vehicle was struck, causing them to slam into a fence near the Casa Bella Apartments.

The surrounding neighborhoods contain many families whose children attend Lomitas Elementary School on 1st Avenue. Daily those children are forced to run across the busy roadway with vehicles traveling at speeds of 45 mph.

While the new traffic signal might feel like an inconvenience to some motorists. Many families who live in the are, feel the signal is long overdue and can potentially help save lives.