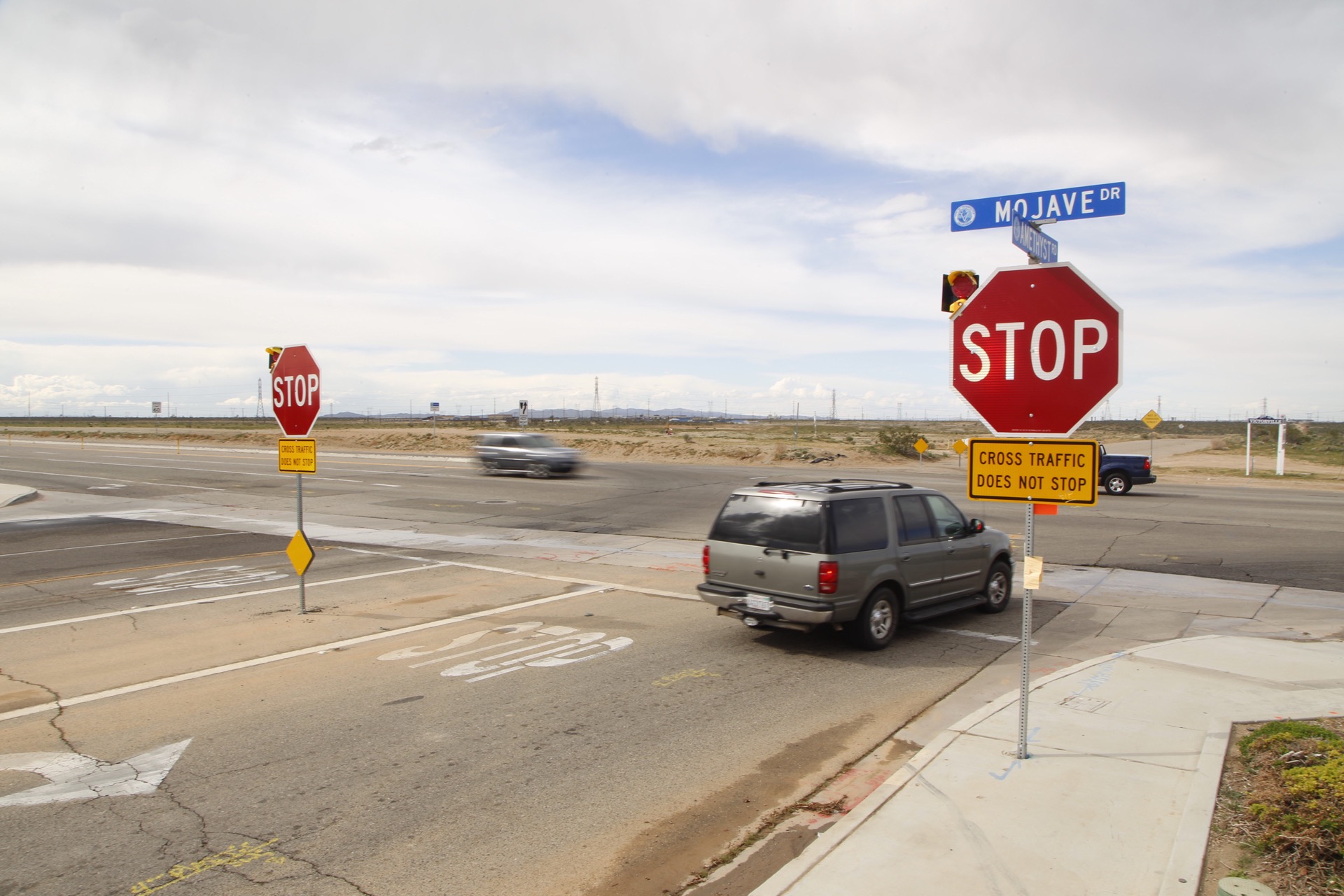 The signal will be set to a three-way flash on Thursday, August 10th at approximately 10 a.m. and the signal should be fully operational on August 15th.

Motorists are asked to exercise caution when traveling in the area as people become aware of the new traffic signal.

The City conducted a traffic signal warrant study last April and concluded that warrants for the new signal were met based on traffic volumes. The Victorville City Council approved the new signal at its meeting on April 18, 2017.