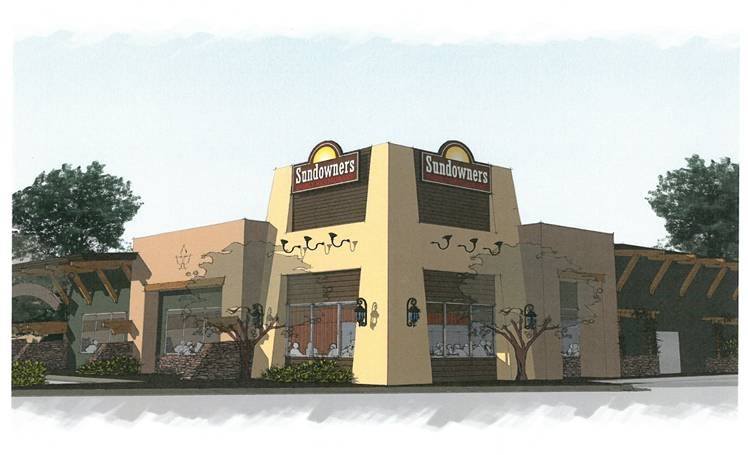 VICTORVILLE, Calif. (VVNG.com) — Construction on a Sundowners Family Resturant in Victorville is set to begin in 2019.

The new eatery will be located at the Green Tree Inn Hotel, a site listed as a historical point of interest by the City’s Historic Advisory Committee being a landmark symbol for Victorville along Route 66.

“The plan calls for an addition of approximately 2,300 square feet and a remodel to include 3,700 square feet of the existing lobby area at the Green Tree Inn,” stated Victorville City Spokeswoman Sue Jones. “This will provide 6,000 square feet for the new Sundowners Family Restaurant.”

The project is expected to redesign the main entrance to the Green Tree Inn by replacing the existing covered loading/unloading area with the restaurant, which will become the focal point of the site with prominent visibility from the adjacent intersections.

“Although the subject proposal is solely for a restaurant, it is also the first phase in what the property owner hopes to become a full redevelopment of the site into a multi-tenant retail space called the Green Tree Experience which they anticipate to be operating in a similar manner to Tom’s Farms or Barstow Station,” according to the Victorville City Planning Commission Staff Report.

Sundowners is a family-owned American diner that has been serving the Fontana and San Bernardino communities for over 32 years, according to the company’s website.

Yelp.com users rate the popular restaurant four stars with many reviews raving about how inexpensive and delicious the food is.  The company is very proud to offer Two Top Sirloin Steak Dinners for $13.99!

Val Christensen spoke on behalf of the company during Tuesday nights planning commission meeting and said Sundowners plans on hiring about 75 people for various positions and contributing about $35,000 in yearly sales taxes.

“The policy at Sundowners is to never pay minimium wage but to always pay more,” stated Christensen.

According to Christensen, the average hourly rate of an employee at Sundowners is $18.50 an hour and General Managers make about six figures a year. He also said employees are reimbursed for costs if they choose to take college classes.

The City of Victorville’s Planning Commission approved the submitted plans last week, however, city officials said its much too early in the process to know the details of a construction timeline.