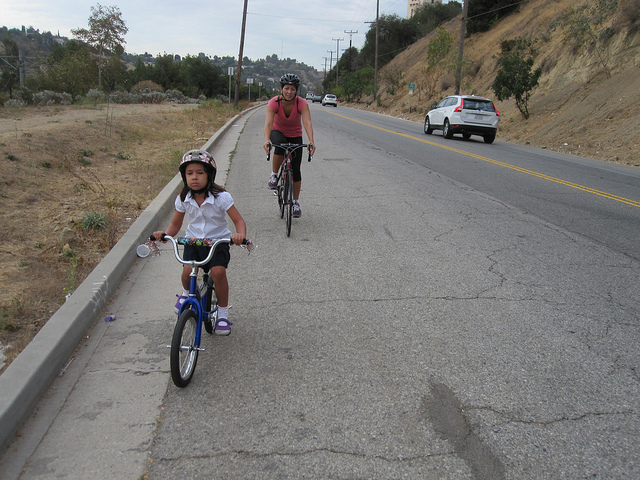 With children heading back to school, motorists should expect to see more children riding to and from school on their bicycles. The California Highway Patrol (CHP) would like to remind the public that on September 16, 2014, a new law affecting motorists and bicyclists takes effect.

According to the law, a driver must allow three feet of distance when overtaking or passing a bicyclist. If three feet is not available, a driver

must then slow to a safe speed and pass when no danger is present. “Motorists are reminded to pay close attention as the school year approaches and exercise caution when they see bicyclists on the road,” said CHP Commissioner Joe Farrow. “Be sure to move over or slow down to pass when you see a bicyclist on the road and help keep our roadways a safer place.”

According to data from the Statewide Integrated Traffic Records System, in 2012, there were 153 bicyclists killed in California, which reflects a 7 percent increase from 2011. Those deaths accounted for 5 percent of the total collision fatalities in California. “As important as it is for vehicles to be mindful of our bicyclists, those who ride must exercise safe practices and ride smart,” added Commissioner Farrow. “With both drivers and bicyclists doing their part, we can help reduce the number of tragedies involving bicyclists.”

The danger surrounding motor vehicle traffic is just one aspect of a child’s safe passage to and from school. According to Safekids.org, more children ages 5 to 14 are seen in emergency rooms for injuries related to bicycling than any other sport. Bicycle helmets, which are required by law for children under 18 years of age in California, can reduce the risk of severe brain injuries by 88 percent – yet only 45 percent of children 14 and under usually wear them.