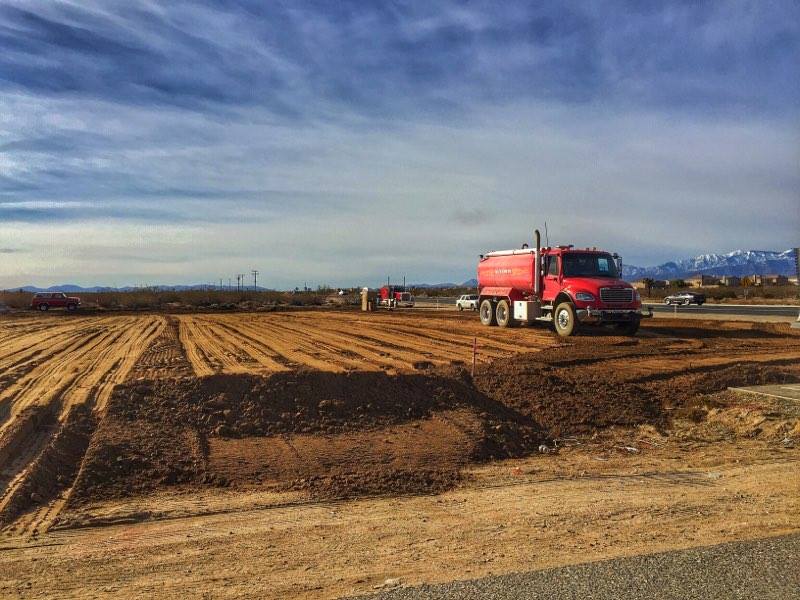 VICTORVILLE-(VVNG.com): Victorville residents are always excited and  ready for new development coming to the city, after all, some exciting new things are coming soon. With time counting down for the opening of the BJ’s Restaurant and Brewhouse and Krispy Kreme Doughnuts, it is no wonder why when they see land grading they reach out to find out what is coming soon.

Victorville Director of Development, Chris Borchert told Victor Valley News that big things were planned during the building boom in 2007. The city had approved two strip style buildings at the location and it was again reapproved in 2010.

“Unfortunately, the market is still not there for them, so they are only doing a single lot for the Chevron. They only have grading permits right now, but should be pulling the building permits within a month or so,” said Borchert.

When asked about the close proximity to the Chevron at the Crossroads at 395 which is about 1 mile from the newly planned Chevron, he said he believes it is likely different owners.

He said at this time there is no set time for any additional buildings at that particular location.

As for the empty lot near Mariposa and Nisqualli Roads, Borchert said, “We’ve seen preliminary plans for a hotel/restaurant, but not a formal submittal.”