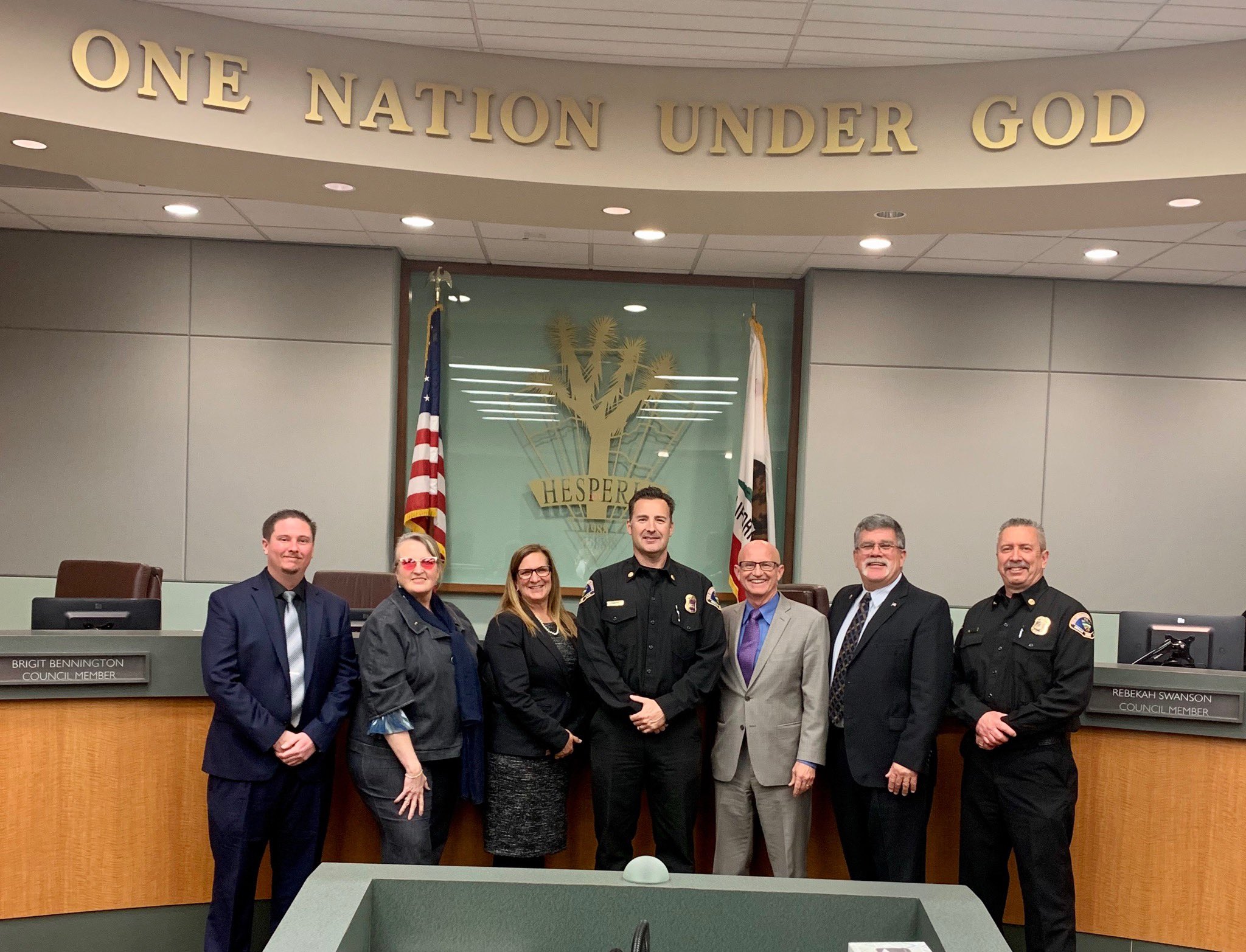 “As you may or may not know, over the course of the past year, the County conducted a rather exhaustive year-long search for a new fire chief of County Fire. It really should come to no surprise to anybody that the best and most qualified candidate was one of our own,” Corbin stated during the February 18th meeting.

Chief Munsey started his career with County Fire back in 1995 and has been promoted through the ranks. He’s worked in every division and overseen numerous programs and projects.

“On a more personal note, I’ve known this man for a long time – long before I worked for the county agency; we collaborated together, we went to classes together, we worked together on different projects,” Corbin said during the introduction of the new Fire Chief.

“I will tell you that he has a forward-thinking vision of the fire service that’s really second to none. He’s definitely going to take our organization to the next level, and I’m personally proud to call him my boss,” declared Corbin.

“I’m completely honored to be in this partnership with the City of Hesperia. We are your Fire Department, and while I can never be ‘the Hesperia City Fire Department,’ I can be the very best fire department that Hesperia has,” stated Fire Chief Munsey.

Munsey said community engagement, communication and cooperation are important to him.