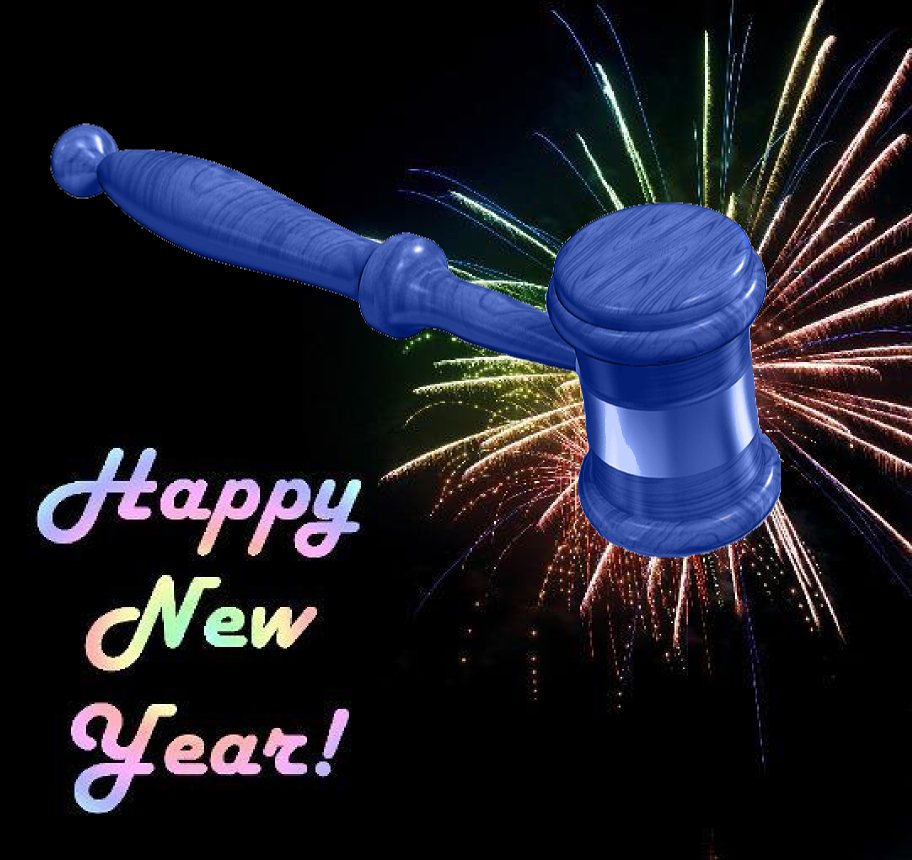 SACRAMENTO-(VVNG.com): New Years means new laws go into effect, about 900 in all, here are some that we think may interest you:

Education/Grants:
Public High Schools will be required to electronically submit the grade point average for all graduating seniors to the California Student Aid Commission. This will insure that more students will be offered this grant in order to further their education.

Gun Law:
AB 1964 closes what some considered a loophole in the past gun safety laws.  The law now makes meeting all required safety standards required for all semi-automatic handgun models when sold in the state.

Prior law included an exception for so-called “single shot” pistols that could be temporarily modified to not fire on a semi-automatic basis in order to circumvent California’s safety standards.

Plastic Bags:
California will begin it’s phasing out of single use plastic bags, the statewide ban goes effect until July 1st. the ban begins by taking effect in grocery stores, pharmacies and in 2016 it will also be banned in convenience and liquor stores.

Kill switches:
Starting July 1st 2015, California Smartphones must all be equipped with anti-theft technology that will allow phone owner to make the phone inoperable if stolen or lost.
Consumers can opt out if they choose.

Prison Release ID Cards:
California Identification cards will be given to all state prison inmates upon their release in order to assist them in applying for jobs, housing and/or access health and social services.

Mug shots:
Websites that profit off posting arrest mugshots charging those featured in them to have removed will be illegal in California. Commercial websites doing so could face a $1,000 civil penalty for each violation.

Death Certificates:
Death certificates under the new law require coroners to list the gender consistent of how the deceased person lived rather based off of their anatomy. This law was created to protect the rights of Transgender individuals.

‘Audrie’s Law’:
Creates harsher punishments for sex acts on someone who is passed out from alcohol or drugs or is incapable of giving proper consent due to a disability. The law came from Audrie Pott a Florida teen that committed suicide just days after she was assaulted by other teens while she was unconscious. The sentences given to the teens was considered by many light with those committing the crime 30-45 days in a juvenile detention center.

Workplace Laws:
Paid Family Leave
Paid Family Leave once included leave for the care of a spouse, parent, partner, child or to bond with a newborn (by birth or adoption). The new law includes parent-in-laws, grandchildren or a sibling. This is a state benefit, paid for by the California Employment Development Department.

Paid Sick Leave
Effective July 1, 2015 This law will allow workers to earn one hour of paid sick leave for every 30 hours worked. California is the 2nd state that is requiring this benefit. This will affect small and large businesses. Penalties can be enforced on employers that do not provide mandatory paid sick leave.

Increased Liability for Employers Who Contract for Labor
Employers, that use contract labor including those from third party staffing agencies will be held liable for all payment and/or safety issues. This would mean if the staffing agency failed to pay the worker or failed to make the correct per hour agreed upon compensation that the “client employer” can be held liable and responsible.

Pay Requirements for Rest and Recovery Periods (Hot Weather)
The 2014 law mandated that 5 minute breaks for rest and recovery were required during hot weather. The new law clarifies those breaks are paid breaks. This applies to workers with outdoor places of employment.

Protection for Undocumented Workers Who Receive Driver’s Licenses:
Jan. 1, undocumented residents in California can apply for driver’s licenses.
The DMV has opened four additional driver’s licensing processing centers, extended hours and hired additional staff to process the approximately 1.4 million applications expected over the next few years.
Those who hold a driver’s license can not be discriminated against by potential employers based on if they are documented or undocumented.