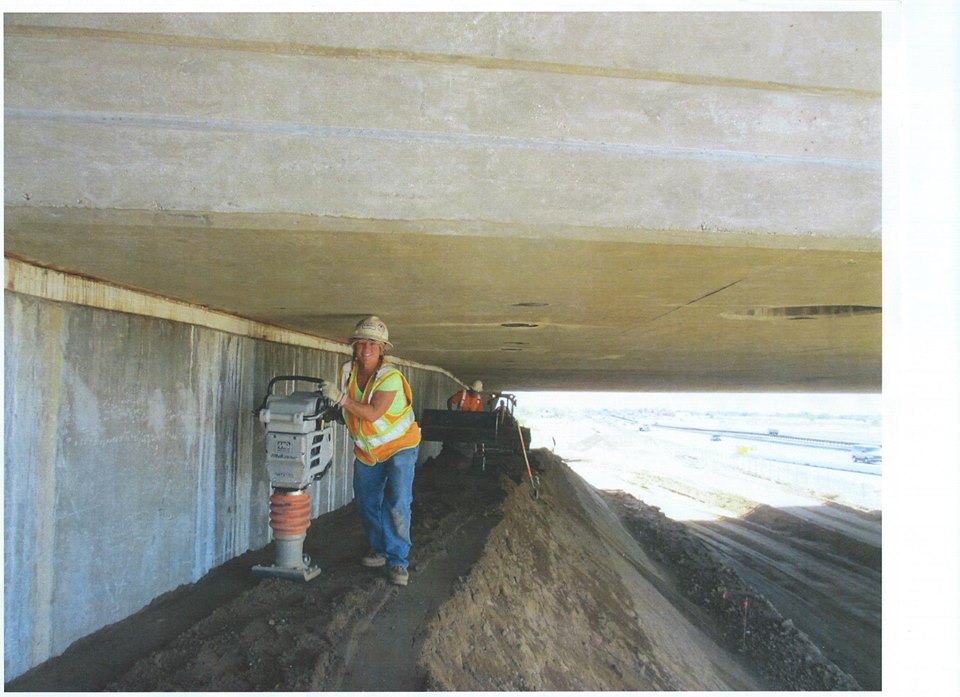 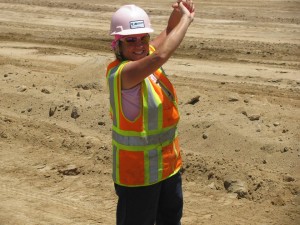 Local history will be made starting with the kick off of a public ribbon cutting ceremony that will be held 1:30 p.m. Friday Aug. 23 to celebrate the opening of the bridge.

The Nisqualli/La Mesa overpass will open to traffic for the first time at 3:00 p.m. following the ceremony. Michelle Hultquist will be celebrating the opening of the bridge for several heartfelt reasons.

If you have ever driven on the I-15 freeway near the newly constructed interchange, chances are you have seen Michelle wearing her bright pink shirt and her pink hard hat. The construction site has been Michelle’s workplace for the past couple of years. 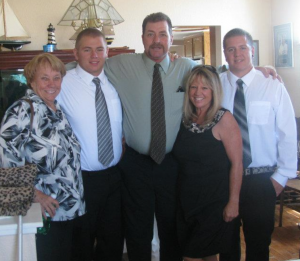 Completing the construction of the bridge will be just one of her many accomplishments in her life and her thirty-four-years in construction.

Michelle was born in 1961 in the town of Apple Valley and  is a wife of 34 years to her husband ‘Phil’ and mother of two young men– Sid and Phillip.  She is the only female construction worker for Riverside Construction and believes she will be the first woman to retire from the company.

Construction worker by day and loving housewife and mother at night; Michelle say’s she followed in her father’s footsteps working for the Laborers Union Local #783 after he retired from the same union in 1979, “It’s hardwork but I love it… I was always my dads tomboy,” Michelle gleefully stated. 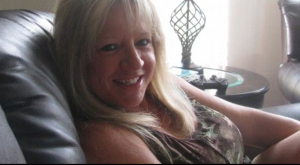 Among her many accomplishments Michelle proudly boasts the fact that she has battled and won her 39 year habit of smoking two-and-a-half packs of cigarette’s a day and is now on the road to a healthier lifestyle. She has also lost 85 pounds and will be competing in her fourth 5-k run.

Michelle will continue working on the Nisqualli/La Mesa interchange until the on/off ramps are completed and open to the public, which the 31.8 million-dollar project has a completion date scheduled for Sept. 18.

When her current and future family drive near the bridge, it will forever spark memories for generations to come. Congratulations Michelle and the Riverside Construction crew, and thank you. 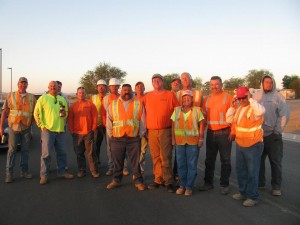 Some of the crew

For all your local news “LIKE” www.facebook.com/VictorValleyNews with over 15,800 Likes!

www.VVNG.com For Everything Victor Valley!