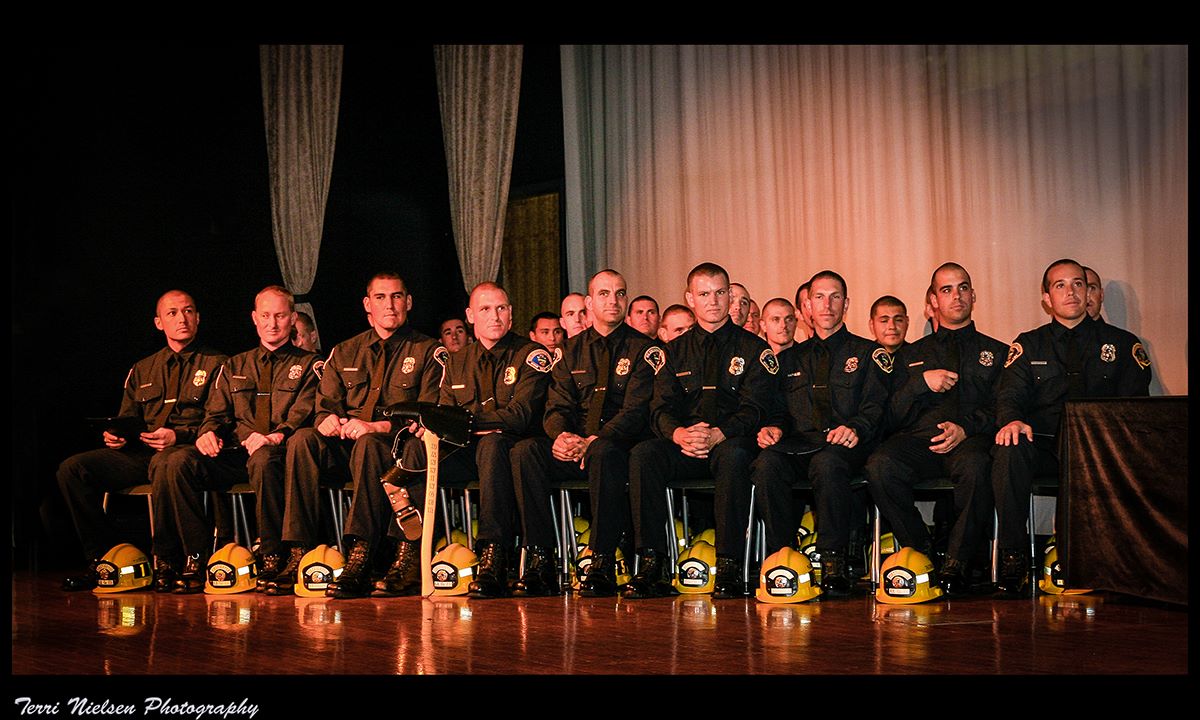 (VVNG.com)- Everyone in the world has some type of calling, some may be a stay-at-home mom, some might be teachers, some might be engineers and some are called to be our local heroes, our first responders. These people run into many times dangerous scenes, putting their own lives at risk to save ours. From police officers and sheriffs to firefighters, paramedics and EMT’s so many would not have had a second chance in life without their immediate response to their medical emergencies.

This makes the transition of 28 recruits transitioning from cadet to professional firefighter/paramedics that much more exciting. This is 27 young men and one woman, to some this was their lifelong dream, to all it something that they worked hard to prove themselves for.

The Friday, November 14th evening graduation was the pinnacle of their intense 10-week training program with instruction in firefighting, rescue and EMS, stood as a loved one pinned their newly-earned badge as County Fire staff members, including Fire Chief Mark Hartwig, looked on. The recruits will move on to the year-long probationary period as they work at various San Bernardino County Fire Stations. The group was praised for their efforts and dedication throughout the training period.

This group is the first batch of new full-time firefighter hires by County fire in nearly five years and will replace those who have been promoted or who have retired.

Following is a list of the new firefighter/paramedics and where they’ll be stationed: