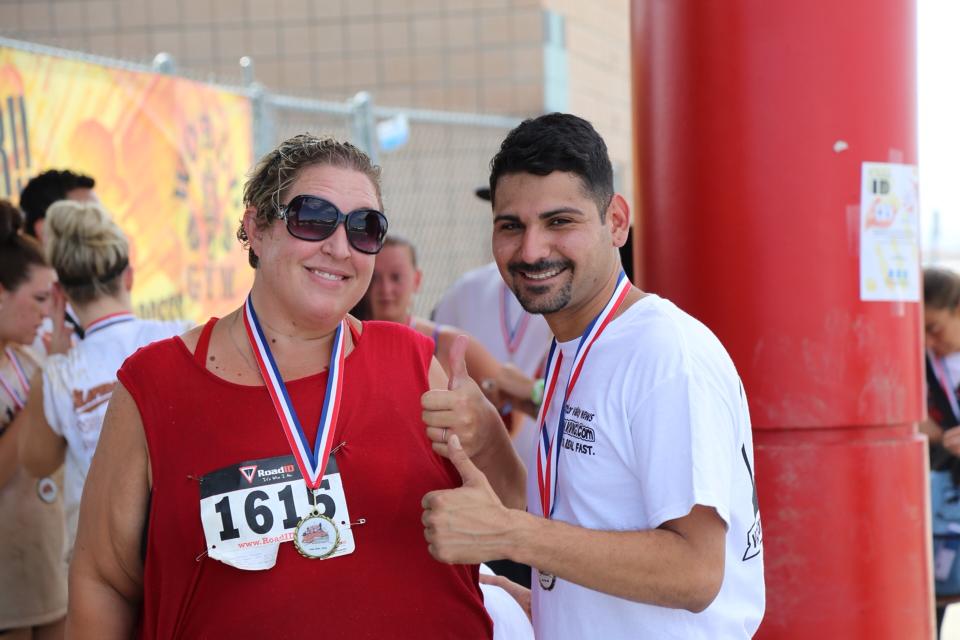 (VVNG.com)-December 2012 I had a surgery that changed my life. At 455llbs and only 34, I was on the road to death. I lost my father young, in part because of his own issue with weight and the ability to live healthy. I knew I had to change something so a gastric bypass was the best way save my life. It worked! To date I have lost nearly 200lbs and I am still working hard to lose more.

One of the most profound experiences for me to date was the Mavericks Mudrun 5K in July of 2013. I was 8 months out from surgery at that point and a friend asked me to join his team. Running? Yeah right. I haven’t ran since I played soccer as a kid and never long distances. I wasn’t even thinking about the obstacles at that time! I declined at first, but thanked him for the offer.

Almost instantly I change my mind. Why not? Why couldn’t I? Why not try? Would I regret it if I didn’t? Why risk that?? So I told my friend that I would absolutely be on his team and would do my best. The day of the race, I was scared and unprepared but we set off together as a small group. I quickly got behind but I never gave up. I took probably twice as long and there were about 5 obstacles that I couldn’t mentally get myself to do them but I finished that race!!

I have never been so proud of something in my life. I realized that the regret might have been more significant than the fear. I will never forget that first 5k. It has inspired me to push past my fears, to do my best no matter what and to never, ever, underestimate what I am capable of!

Be sure to register for this years Maverick’s Mud Run coming up on July 26th and be a part of team “VVNG”: https://mavericksmudrun.com/