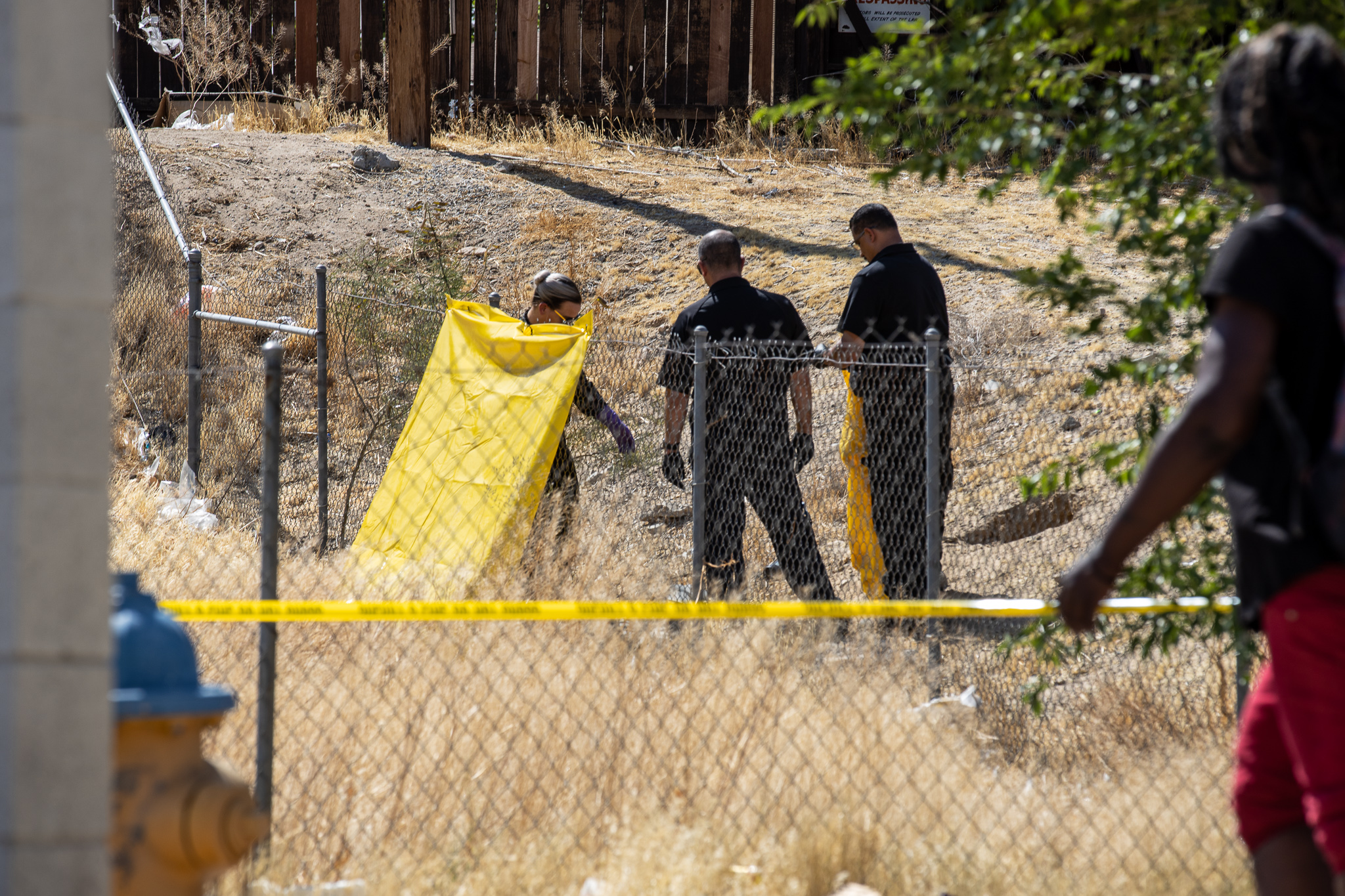 VICTORVILLE, Calif. (VVNG.com) — A woman and her husband went searching for what she described as a foul odor and discovered a dead body.

Sherry Emerzian and her husband have lived in their home on Tatum Court for over 30 years and said they’ve never experienced anything like this before.

According to Sherry, she’s been smelling something strange for about a week and a half. “A couple of days ago my husband searched the fence line and he didn’t see anything.”

Today, just before noon Sherry turned on her swamp cooler and smelled what she described as “death” and thought it was a dead animal.

The discovery was made today shortly before noon in a dirt lot along Loves Lane, an alley behind the Apollo Burger on 7th Street.

We weren’t quite sure what it was so my husband and I decided to go and investigate, hoping we would find a dead animal,” stated Sherry.

Sherry said she was shocked to find a dead man lying down in a sloped area along a hillside surrounded by several empty beer bottles.

Sherry called 911 at about 11:30 am and within 10 minutes deputies arrived and secured the area with sheriff’s crime scene tape.

Victorville sheriff’s spokeswoman Mara Rodriguez told Victor Valley News the manner of death is not known and no identification has been made.

“A Coroner’s Investigator is on scene to handle the investigation,” stated Rodriguez.

The identity of the deceased man will be released pending notification of next of kin.