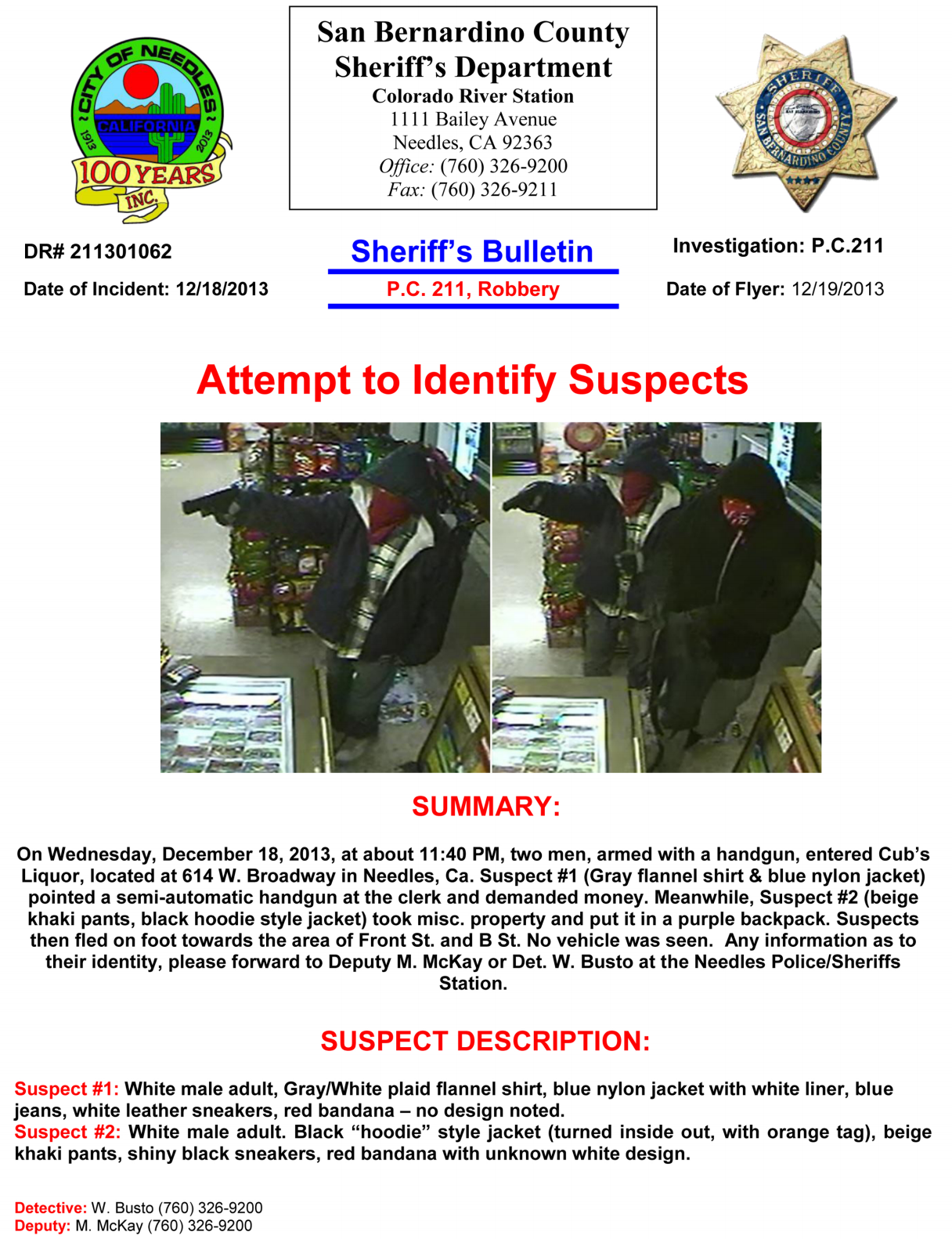 UPDATE: On Wednesday, 12-18-13 Hall and an unknown accomplice entered the Cubs Liquor store on West Broadway armed with a handgun.  The clerk was ordered at gunpoint to open the register.  Both men took an undisclosed amount of money was well as cigarettes and other merchandise.

On Saturday, 12-21-13 Detectives at the Colorado River Station obtained information leading to a search warrant and arrest warrant being obtained for Jon Pierre Hall, age 39 of Needles at a local hotel in Needles, California.  The search warrant was served and items linking Hall to the crime were recovered.  Hall was subsequently arrested and booked at the Colorado River Station on Robbery charges.  His bail is set at $110,000.

Anybody with information regarding the robbery or the outstanding suspect is urged to contact Deputy Jeff Cross at the Colorado River Station.