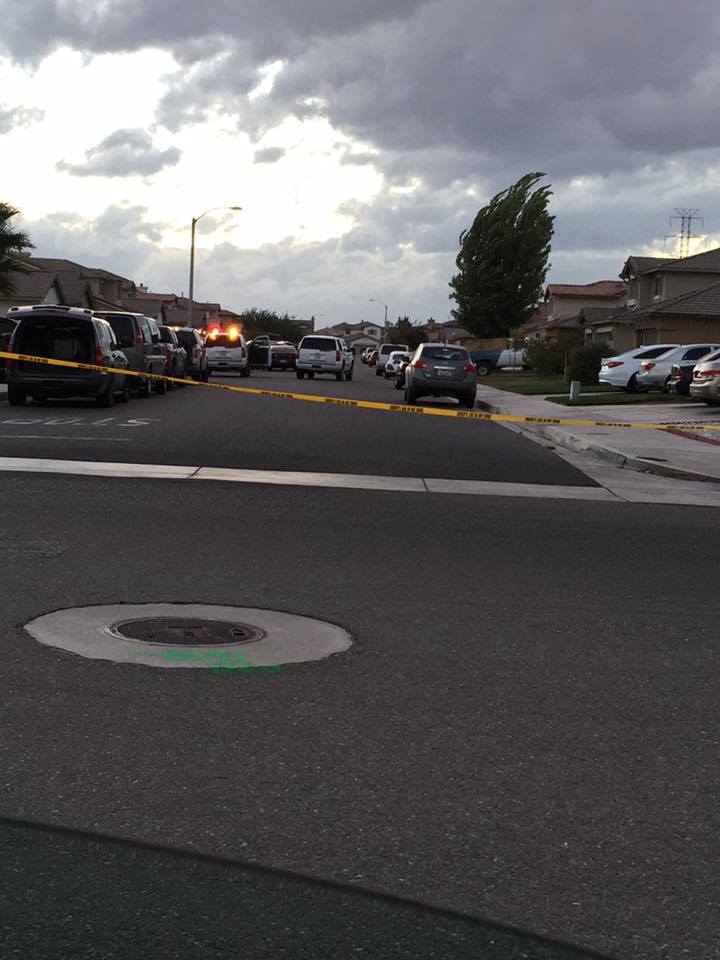 ADELANTO-(VVNG.com): At about 3:30 p.m. on Monday afternoon deputies from the Victor Valley Station arrived to the 11600 block of Danielle Drive near Jonathan Street to secure the area for the Chino Police Department to serve an arrest warrant.

When authorities arrived on the scene the suspect, identified as Johnny Munson would not come out of the residence despite numerous PA announcements.

Nearby residents report that they were evacuated from their homes, some even asked to take their dogs with them so they would not interfere with K-9 officers on scene.

Sheriff’s SWAT Team responded to the scene and assisted Chino PD in taking the suspect into custody at about 6:20 p.m. without further incident.

There is no further information at this time, a San Bernardino County Sheriff’s Spokesperson was not immediately available for comment at this time.