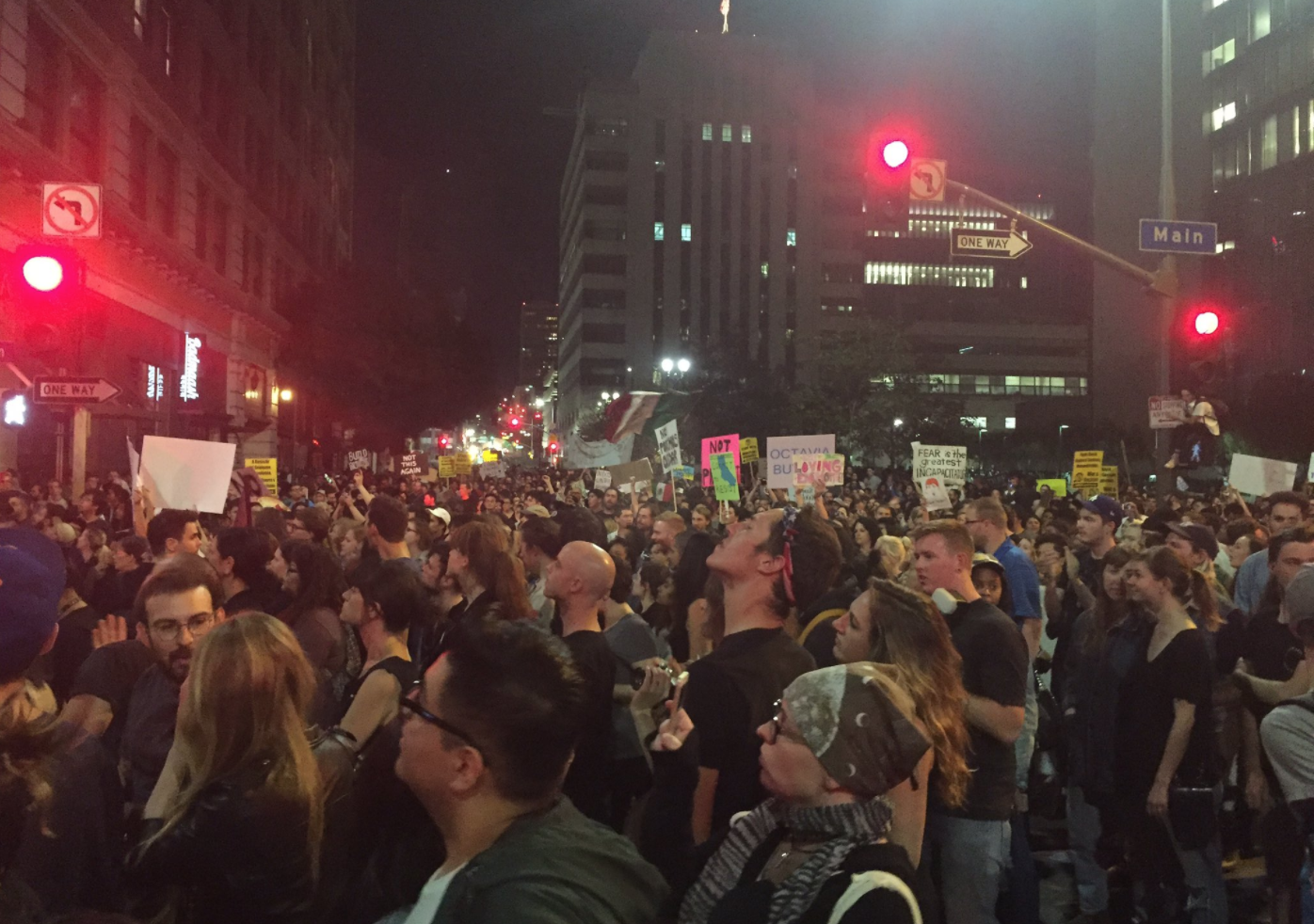 Los Angeles: On Sunday, November 13th several thousand protestors took to the streets of Los Angeles to express their opinions on the recent election.

LAPD officers from throughout the City worked diligently to facilitate the demonstrators constitutionally guaranteed right to peacefully demonstrate while ensuring a safe environment for everyone.

Last evening and into the early morning, approximately 1,000 protestors marched through downtown Los Angeles when some of the demonstrators began vandalizing property, blocking main roads, assaulting, and interfering with officers, and refusing to leave when conditions became unsafe. As a result, LAPD officers arrested 187 adults and 8 juveniles for their unlawful conduct related to the demonstrations.

The LAPD will continue to provide the necessary resources to ensure the safe and peaceful expression of opinions. When demonstrators begin to violate the law and create unsafe conditions for the demonstrators, officers, and the public, Department personnel will continue to take appropriate enforcement action.

So much for unity!! (Downtown LA protest ) pic.twitter.com/x7imbR02pS

This is what happened to our @KTLA news van at the Donald Trump protest in Downtown LA. pic.twitter.com/Q1vKsHg12l