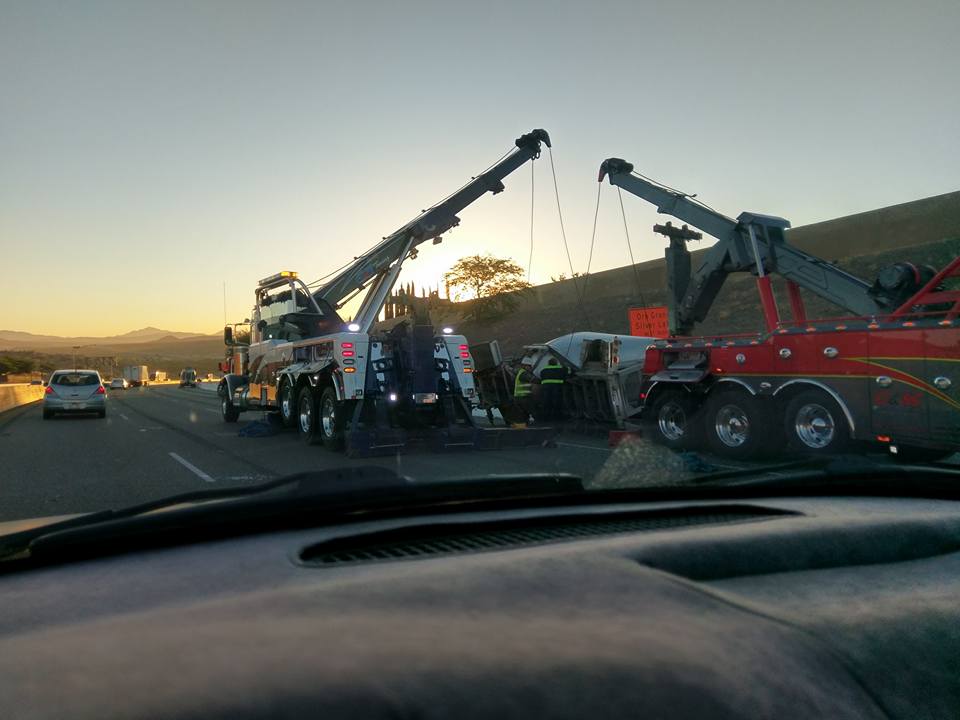 VICTORVILLE:(VVNG.com)- Traffic on the Northbound I-15 remains at a crawl Friday following an early morning rollover involving a semi.

The California Highway Patrol responded to the single vehicle rollover at 3:56 a.m. on Friday, July 22nd near the D Street off-ramp.

When officials arrived they discovered a semi had dislodged from the trailer causing it to overturn and land on the right shoulder of the freeway.

According to authorities, the trailer caused a 4-yard gouge reported to be a foot wide and 6 inches deep in the no.2 lane

Per CHP incident logs, a hard road closure continues to remain in effect for the no.2 and no.3 lanes. Tow trucks are on scene working on removing the trailer from the right shoulder.

No injuries were reported and no other vehicles were involved in the crash.

Motorist traveling on the freeway are reporting NB traffic is backed up passed Nisqualli Road. CalTrans is working on completing the repairs. At this time it’s unclear when all lanes will reopen.

The cause of the accident remains under investigation. More information will be updated as it becomes available.