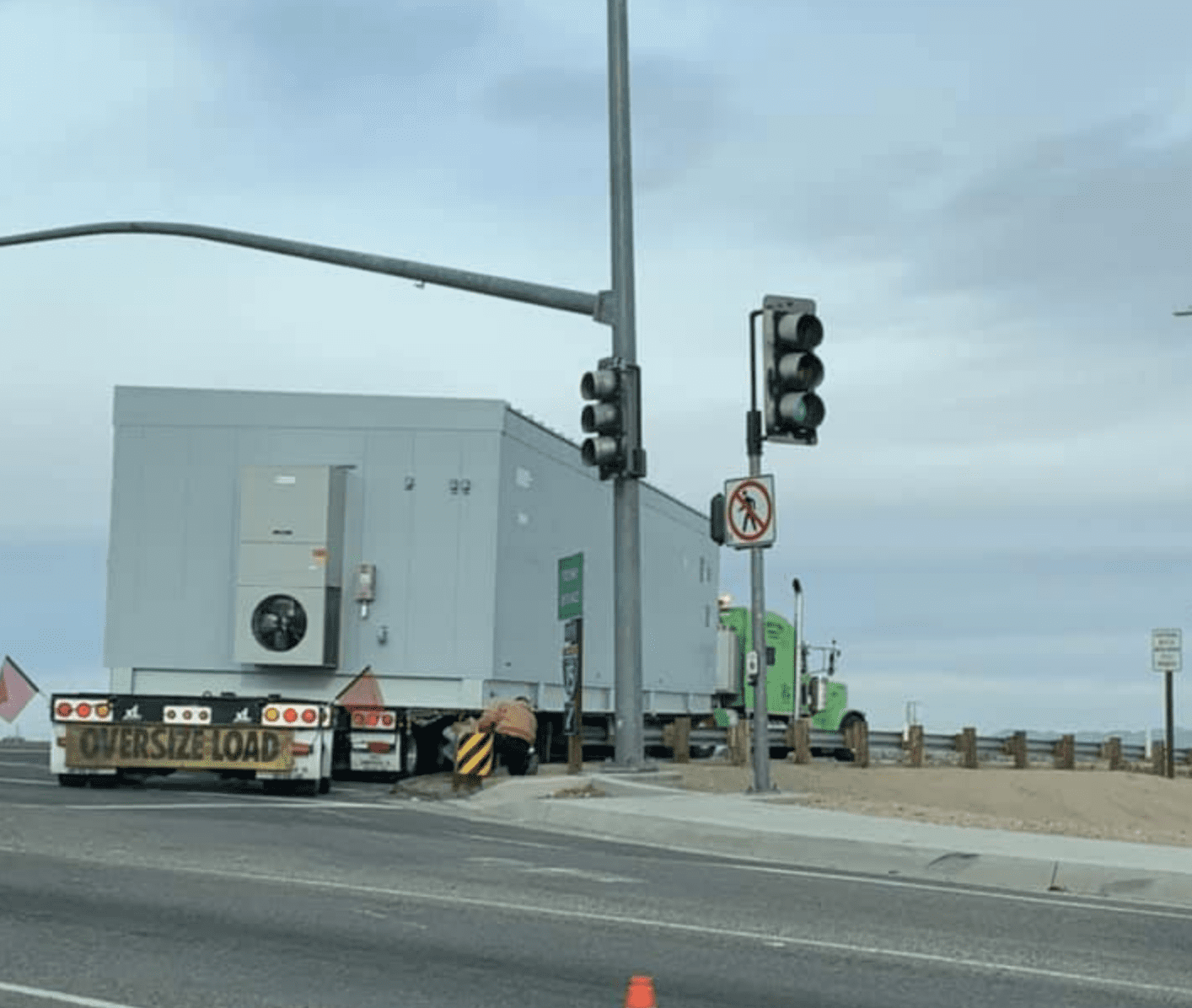 HESPERIA, Calif. (VVNG.com) — All lanes on Main Street and the northbound I-15 on-ramp have reopened following a brief closure.

Just after 8:00 am, on Wednesday morning, a semi hauling an oversized load was unable to negotiate a right turn properly and came close to the guardrail.

The incident prompted officials to block two westbound lanes of Main Street leading to the on-ramp and blocking access to enter the northbound I-15.

Branden Rosser, President of Rosser Incorporated contacted VVNG and said His truck was using the permitted route as per the State, City, and County.

According to Rosser, the State and local Hesperia City as well as San Bernardino County permits that were obtained for this move routed the truck from the I-15 to Ranchero Road to Escondido Ave to Main Street and then back to the I-15 NB. “This load should not have been routed on a route that had turns this tight. All of our permits were checked numerous times by the CHP and no fault was found the CHP,” stated Rosser.