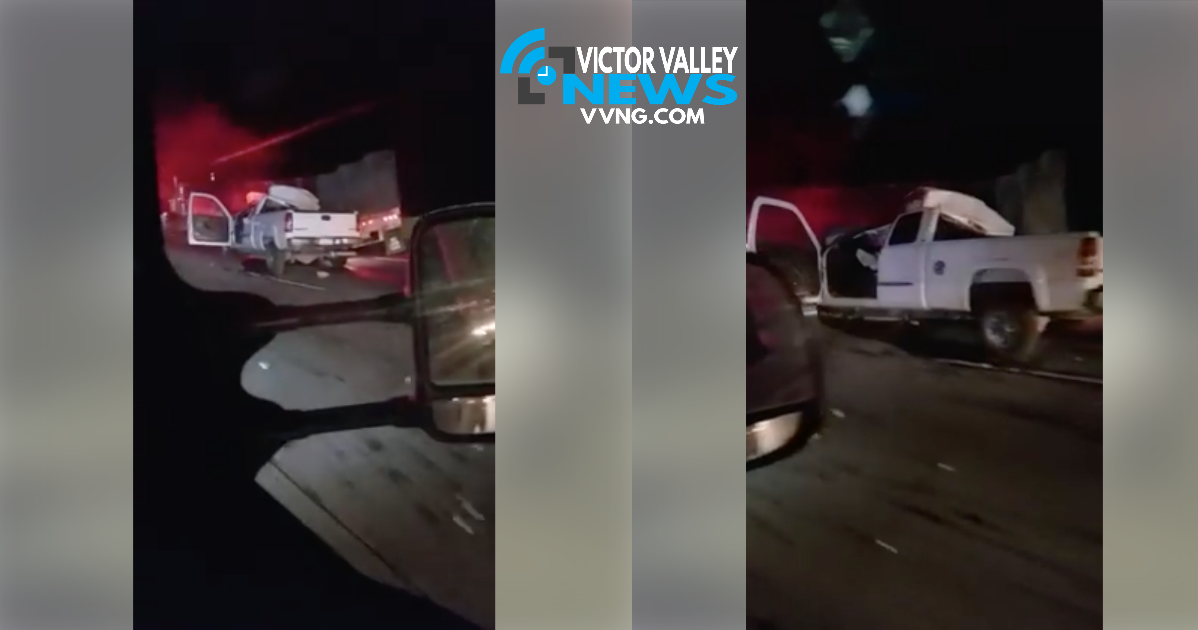 CAJON PASS – A traffic collision between a pick-up truck and a tractor-trailer prompted authorities to shut down the northbound 15 freeway.

According to the California Highway Patrol incident logs, the traffic collision was reported shortly after 11:30 p.m., on Saturday, January 21, 2017, south of Oak Hill Road.

For reasons still under investigation a white Chevy Silverado collided into the rear of a tractor-trailer in the slow lane.

Per scanner reports, the driver of the truck was described as a 54-year-old male. An airship was initially requested but later canceled, the driver was transported to Arrowhead Regional Medical Center by ground ambulance with moderate injuries to head and neck.

As of 12:40 a.m., motorist on the northbound freeway have been stopped in traffic and not moving.