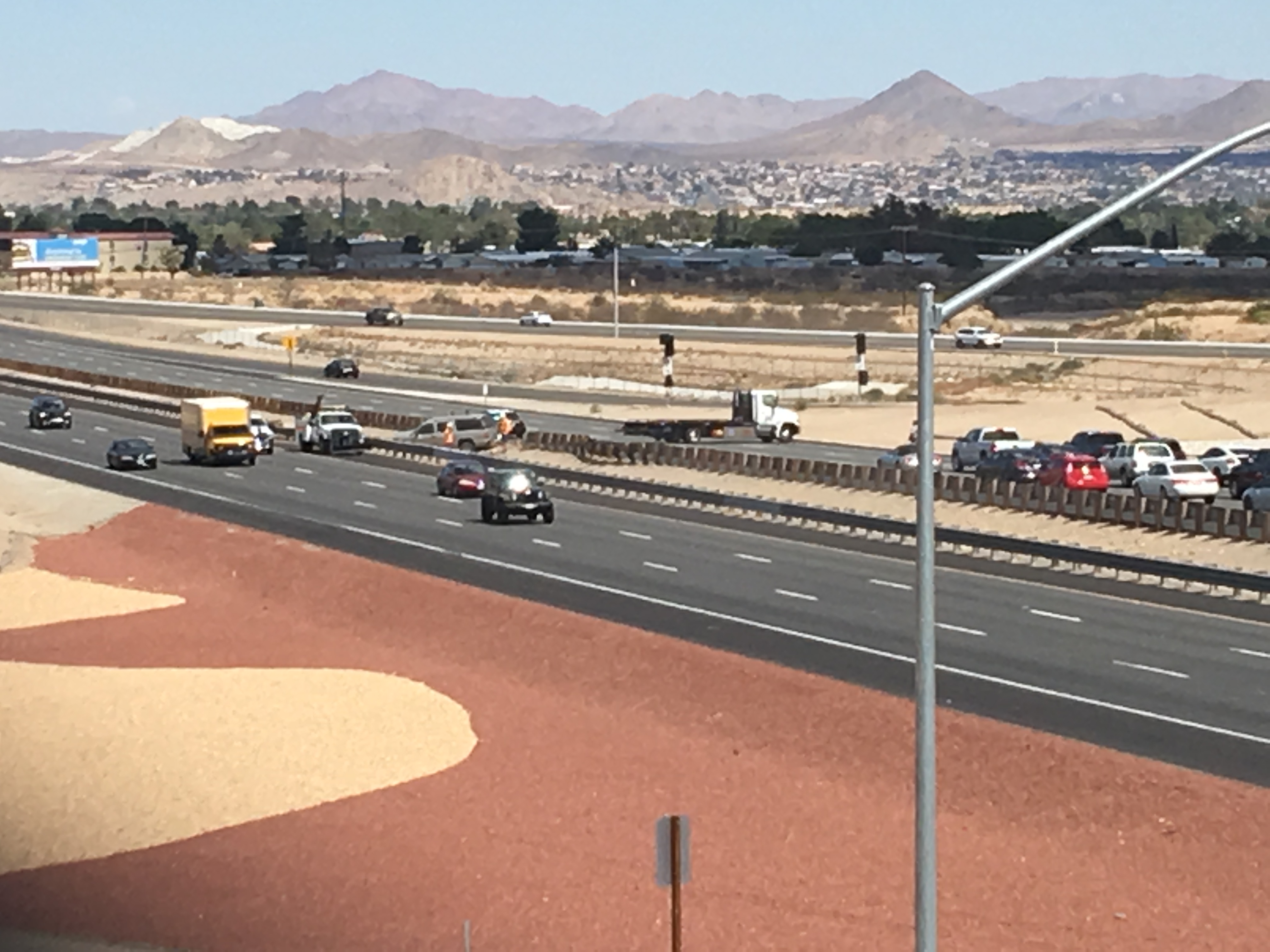 VICTORVILLE, CA:(VVNG.com)– Traffic on the northbound 15 freeway was temporarily halted due to a traffic collision Friday afternoon.

At 11:43 a.m. CHP officers responded to a traffic collision just north of the Nisqualli Road onramp.

Meanwhile, a Chevy Suburban came up and was unable to slow down and struck the Cadillac from behind. The Cadillac went to the right side of the roadway. The Suburban went to the left and up over the guardrail that separates the NB and SB lanes.

“The collision involved minor injuries with the complaint of pain but nobody was transported,” stated Grieves.

At about 12:45 p.m. CHP conducted a traffic break to allow the tow truck to remove the vehicle.

For the latest news in real-time join our Facebook group with over 79,000 members: VICTOR VALLEY NEWS