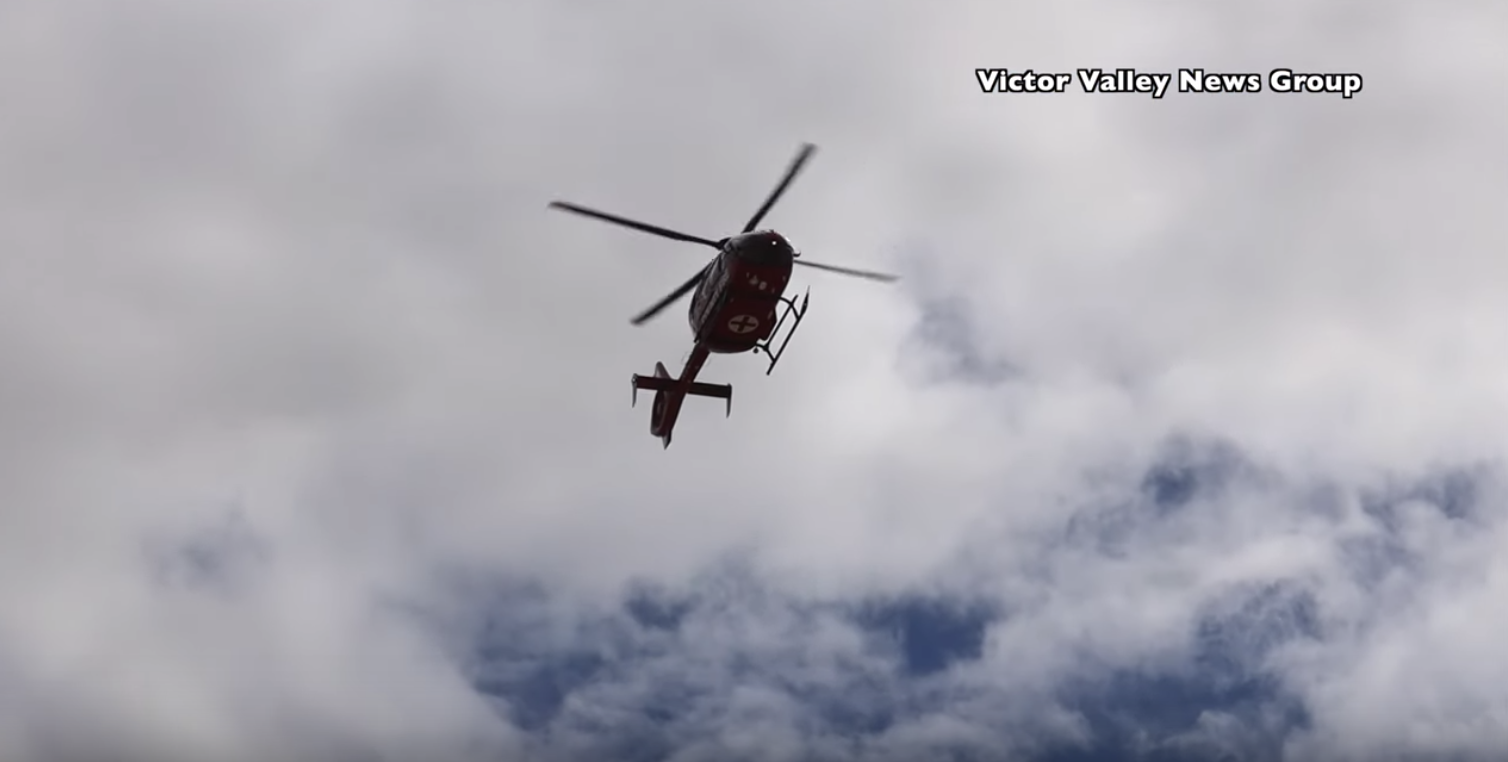 UPDATE @ 4:20 p.m. — Due to high winds, the helicopter was unable to land, and instead, the victim was transported by ambulance to ARMC.

CAJON PASS, Calif. (VVNG.com) — A crash involving a semi and a vehicle prompted firefighters to temporarily shut down the I-15 freeway Tuesday afternoon.

It happened at 3:22 pm, on the northbound I-15 freeway, about a mile and a half from Oak Hill Road in the pass.

According to the California Highway Patrol incident logs, a red Ford Fusion slammed into the back of a tractor-trailer and a male with a head-injury was down on the roadway.

An off-duty LACO Sheriff Deputy on scene was performing CPR on that male, per the logs.

San Bernardino County Fire arrived on scene and determined they had two occupants from the vehicle requiring medical attention.

Due to the severity of injuries, firefighters requested County helicopter H325 to respond and land on the 15 freeway.

An occupant from the vehicle was flown to Arrowhead Regional Medical Center with life-threatening injuries. A second person was transported by ground ambulance to ARMC.

The cause of the crash is under investigation by the California Highway Patrol. Additional information will be updated as it becomes available.