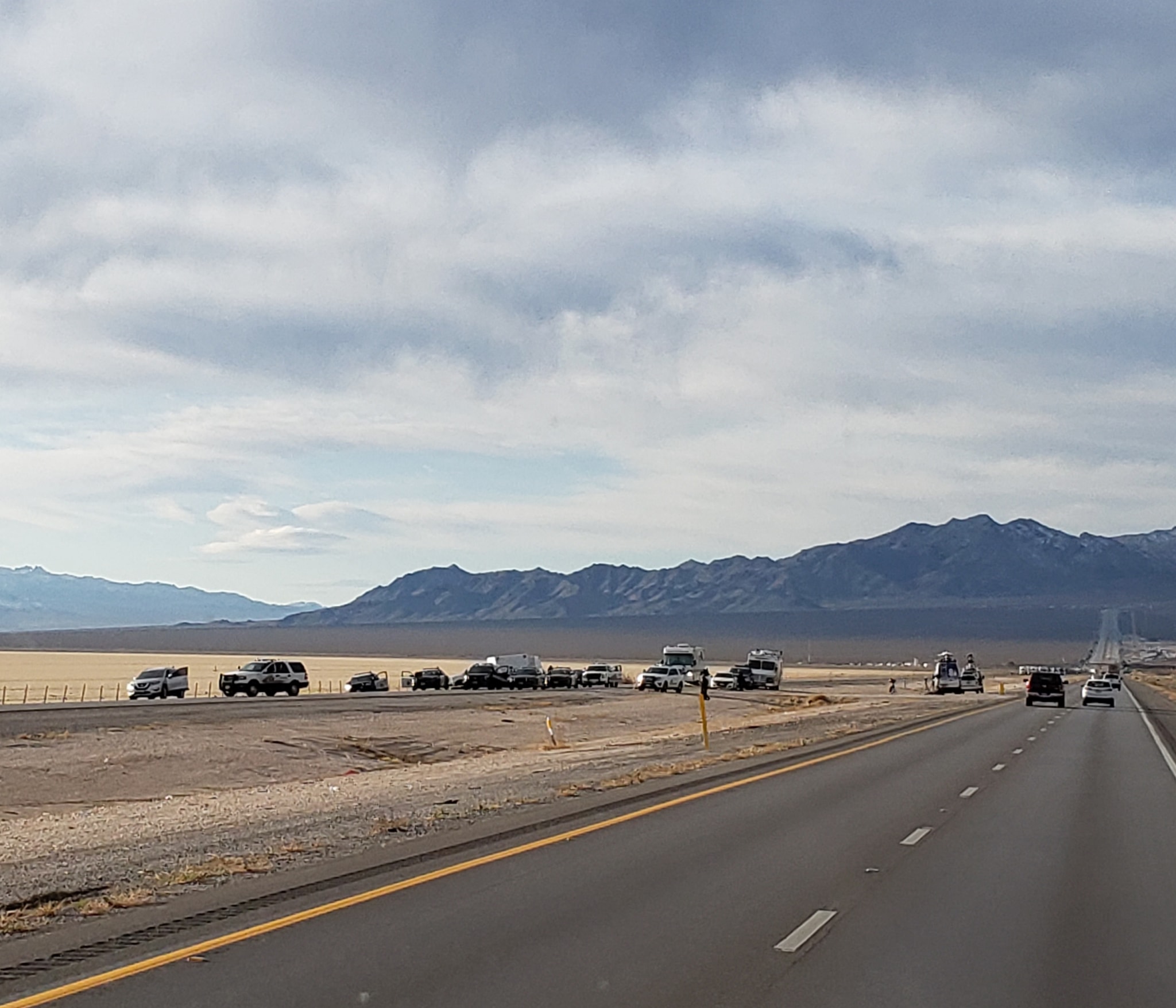 JEAN, NV. (VVNG.com) — All northbound I-15 lanes near the Nevada state line remain closed for an active crime scene investigation nearly 12 hours after a suspect was killed in an officer involved shooting.

At about 9:00 am on Thursday, The California Highway Patrol said there is no estimated time frame for re-opening the freeway and southbound lanes are open and not affected. Northbound lanes of the I-15 are closed at Nipton Road.

According to the release, on Wednesday, January 8, 2020, at 4:43 p.m., deputies from the Barstow Station received a notice from Kern County Sheriff’s Department to be on the lookout for an armed and dangerous murder suspect driving a silver 2017 Nissan that was possibly in the Baker area.

“Deputies and Officers from the California Highway Patrol and Nevada Highway Patrol were checking the area when CHP located the vehicle stopped on the shoulder of the northbound I-15, south of State Line. As the officers conducted a high-risk traffic stop on the vehicle, an officer-involved shooting occurred. The unidentified suspect was pronounced deceased at the scene,” stated the release.

Officials said detectives are processing the scene for evidence and attempting to positively identify the suspect.

Expect delays due to heavy traffic in the surrounding areas and make sure you have sufficient food/water and fuel for your vehicle.

No additional information is being released; updates will be issued as new information becomes available. The investigation is ongoing and anyone with information, or anyone who witnessed the incident, is asked to contact Detective Mike Gardea, Specialized Investigations Division – Homicide Detail at (909)387-3589. Callers can remain anonymous and contact WeTip at 800-78CRIME or www.wetip.com.

Related Article: NB 15 is closed near Primm after a pursuit, shooting with a homicide suspect

Related Topics:15 freewayClosedprimmstateline
Up Next

Heavy fog and rain Thursday morning in the Cajon Pass