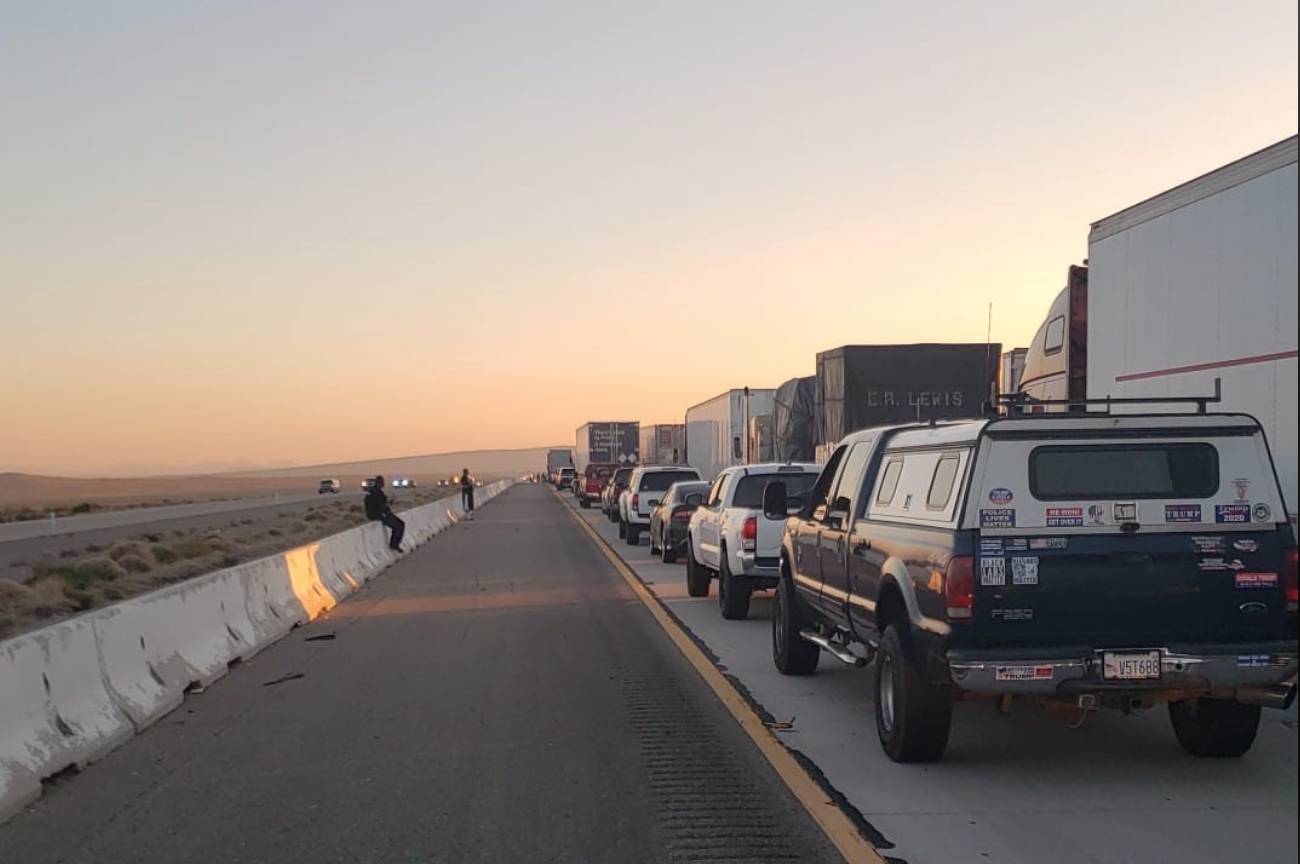 BARSTOW, Calif. (VVNG.com) — A high-speed pursuit on the I-15 freeway ended in a deadly officer involved shooting early Thursday morning near Barstow.

At approximately 2:40 AM on October 22, 2020, officers from the California Highway Patrol were asked to take over a pursuit that initiated with the Chino Police Department involving a stolen vehicle, officials said.

Officer Mike Mumford from the Victorville CHP station said the pursuit entered interstate 15 northbound in Chino and continued through the Cajon pass, Victorville, and into the Barstow region.

The pursuit terminated just before 4:00 AM with shots fired on the northbound I-15 near Outlet Center Drive off-ramp.

According to Officer Mumford the suspect and an officer were struck by gunfire. “CPR was performed on the suspect but despite life saving effort, the suspect succumbed to injuries sustained. The officer was transported to the hospital and is in stable condition,” stated Mumford.

The incident prompted a temporary full closure of both sides of the freeway. Southbound traffic was reopened, however, the northbound is expected to remain closed for several hours for the investigation.

Related Topics:15 freewaybarstowCHPClosedfreewayShooting
Up Next

3 suspects wanted in connection with a carjacking in Adelanto