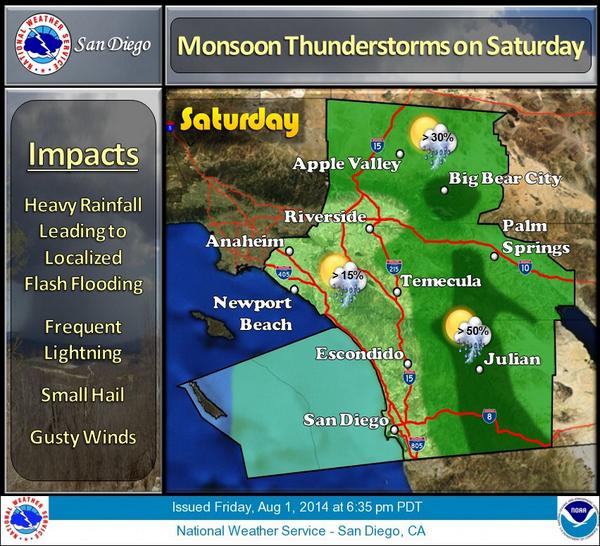 Photo showing a dust storm in Apple Valley near highway 18 and Central taken on Saturday just before noon.
Per the National Weather Service, winds could gust as high as 20 mph. (photo contributed by: Sheri Espinoza via VVNG)

VICTOR VALLEY:(VVNG.com)-A low pressure system moving from Baja California into Southern California will create showers and thunderstorms over the region. Some of the thunderstorms in the mountains and deserts will generate very heavy rainfall and could produce flash flooding.

The flash flood remains in effect from 9am Saturday through this evening.

According to the National Weather Service the weather forecast for Sunday calls for a 50 percent chance of showers and thunderstorms. Partly sunny, with a high near 85. North wind around 5 mph becoming calm in the afternoon.

A flash flood watch means that conditions may develop that lead to flash flooding. Flash flooding is a very dangerous situation. You should monitor later forecast and be prepared to take action should flash flood warnings be issued.