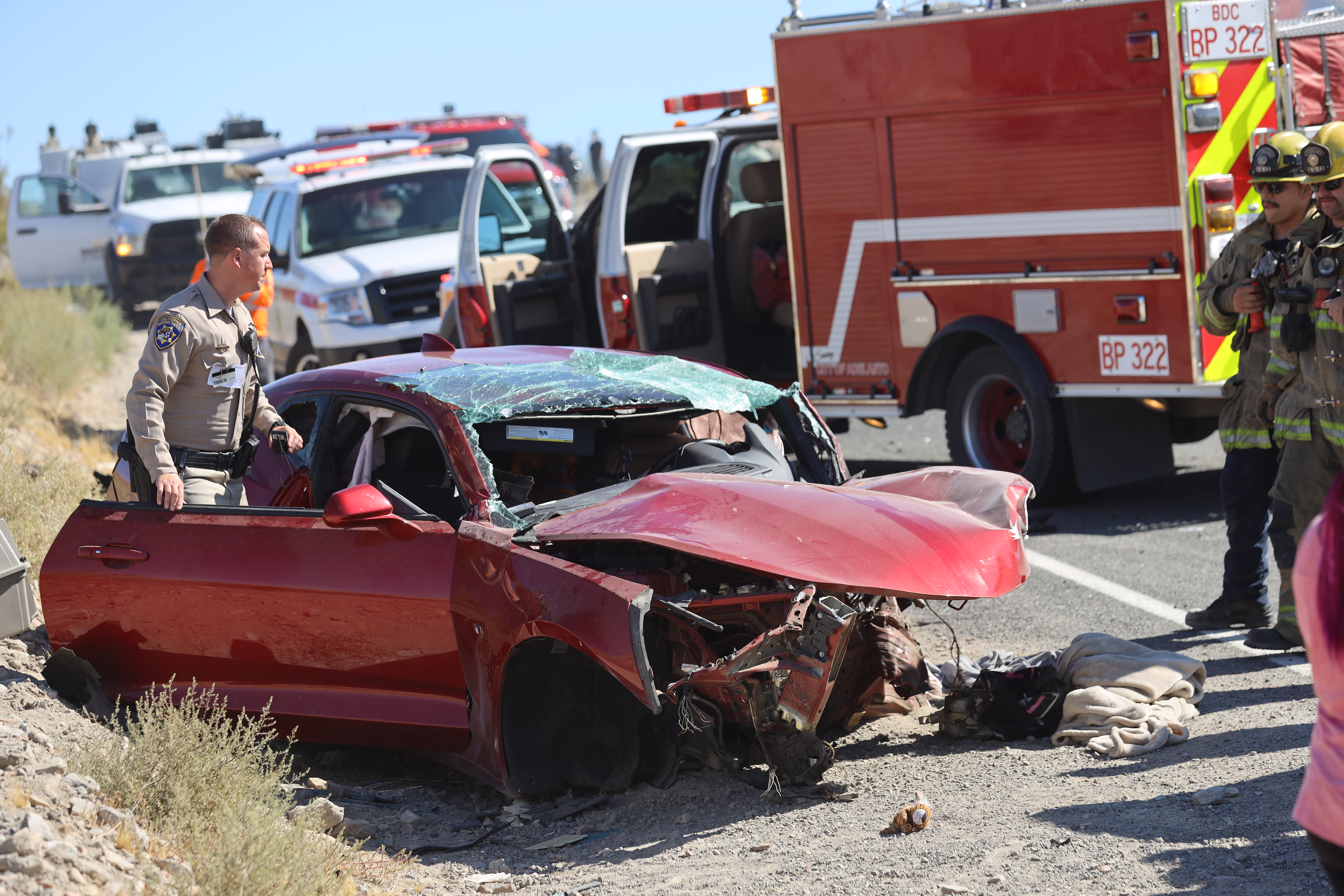 ORO GRANDE, Calif. (VVNG.com) — A woman was critically injured and her dog was killed after a head-on crash with a Robertson’s cement truck Monday afternoon.

It happened at about 2:49 pm on National Trails Highway near Mill Street in Oro Grande and involved a red Chevy Camaro and a tractor-trailer carrying cement.

A woman driving the vehicle was critically injured. Her small dog traveling with her was killed in the crash, according to the California Highway Patrol incident logs.

Immediately after the crash, Good Samaritans ran to the woman’s aid, comforting and shielding her with a blanket from the hot sun while waiting for first responders to arrive.

The driver of the Roberson’s truck was not injured.

The impact caused the motor of the Chevy to fly out and land several feet away, along with several of the tires. Debris was scattered throughout the roadway.

Officers from the California Highway Patrol shut down the two-lane highway in both directions while a medical helicopter landed at the scene.

At this time it’s unknown if the woman was flown to a trauma center or transported by ground to a local hospital.

The official cause of the crash is under investigation. Additional information will be updated as it becomes available.