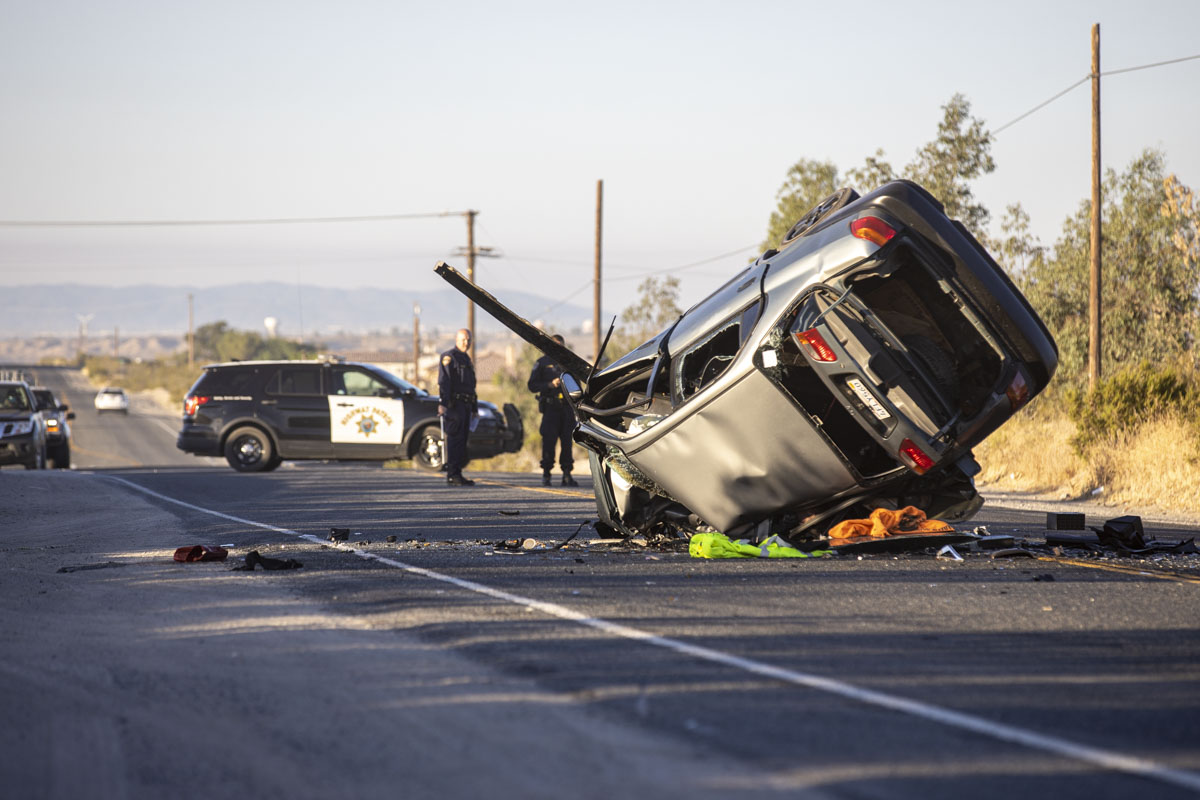 ORO GRANDE, Calif. (VVNG.com) — One driver was killed and a second was airlifted after an early morning crash on National Trails Highway in the small community of Oro Grande.

The two-vehicle crash was reported near Bryman Road just before 6:00 AM on Sunday, August 2, 2020. According to the California Highway Patrol incident logs, the crash left a female trapped inside of an SUV.

When first responders arrived at the scene they located a brown 2018 Toyota Highlander on the shoulder and a 1991 Honda Civic overturned in the middle of the roadway.

Firefighters pronounced the driver of the Honda deceased at the scene and confirmed extrication would be required for the occupant inside the Toyota.

Helicopter REACH-43 was requested to land near the scene and airlift the patient to a trauma center.

National Trails Highway is closed in both directions as CHP officers investigate the fatal crash. Anyone with information is asked to call Victorville CHP at 760-241-1186.