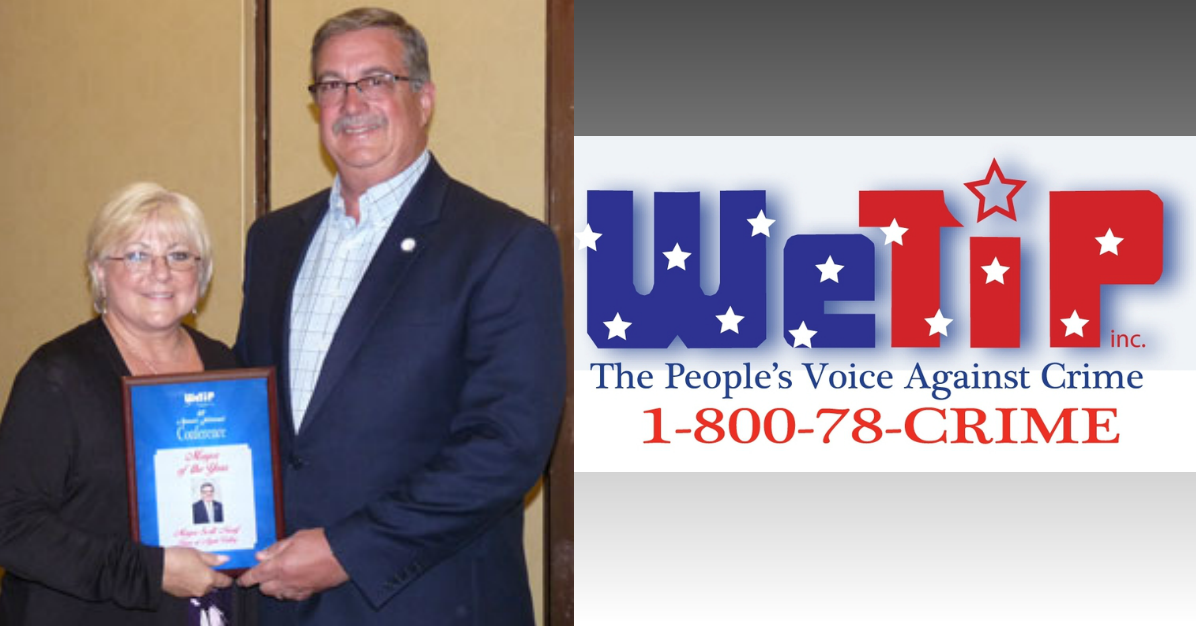 Apple Valley, CA (PRESS RELEASE) – July 17, 2017: Well known for his support of the Apple Valley Police Activities League, safety improvements in The Village business district and his membership on the Apple Valley Fire Protection District board for several years, Apple Valley Mayor Scott Nassif has been named this year’s WeTip Mayor of the Year.

The award is bestowed upon one mayor in the nation each year as part of the organization’s annual national conference.

“I nominated Mayor Nassif because of his dedication to preserving the quality of life and keeping safety a top priority in Apple Valley,” said WeTip Contract Manager Kristen Arnel. “Apple Valley has a very successful WeTip program. Since their inception in July 1995, they have had more than 7,000 tips reported resulting in 184 arrests and 77 convictions.”

She explained that the arrest and conviction statistics may actually be higher. The disposition of each tip isn’t always passed on after it has been handled.

“I’ve always been focused on being proactive when it comes to the safety of our residents,” Nassif said. “I believe in identifying potential problems and addressing them before they become a large issue.”

WeTip’s anonymous crime reporting hotline has served the United States since 1972. Since its establishment, WeTip has recorded more than 1.1 million reports on criminal activity and has aided law enforcement in seizing more than $340 million in illegal drugs and narcotics.

WeTip takes only anonymous reports at 1-800-78-CRIME or on their website at www.wetip.com.