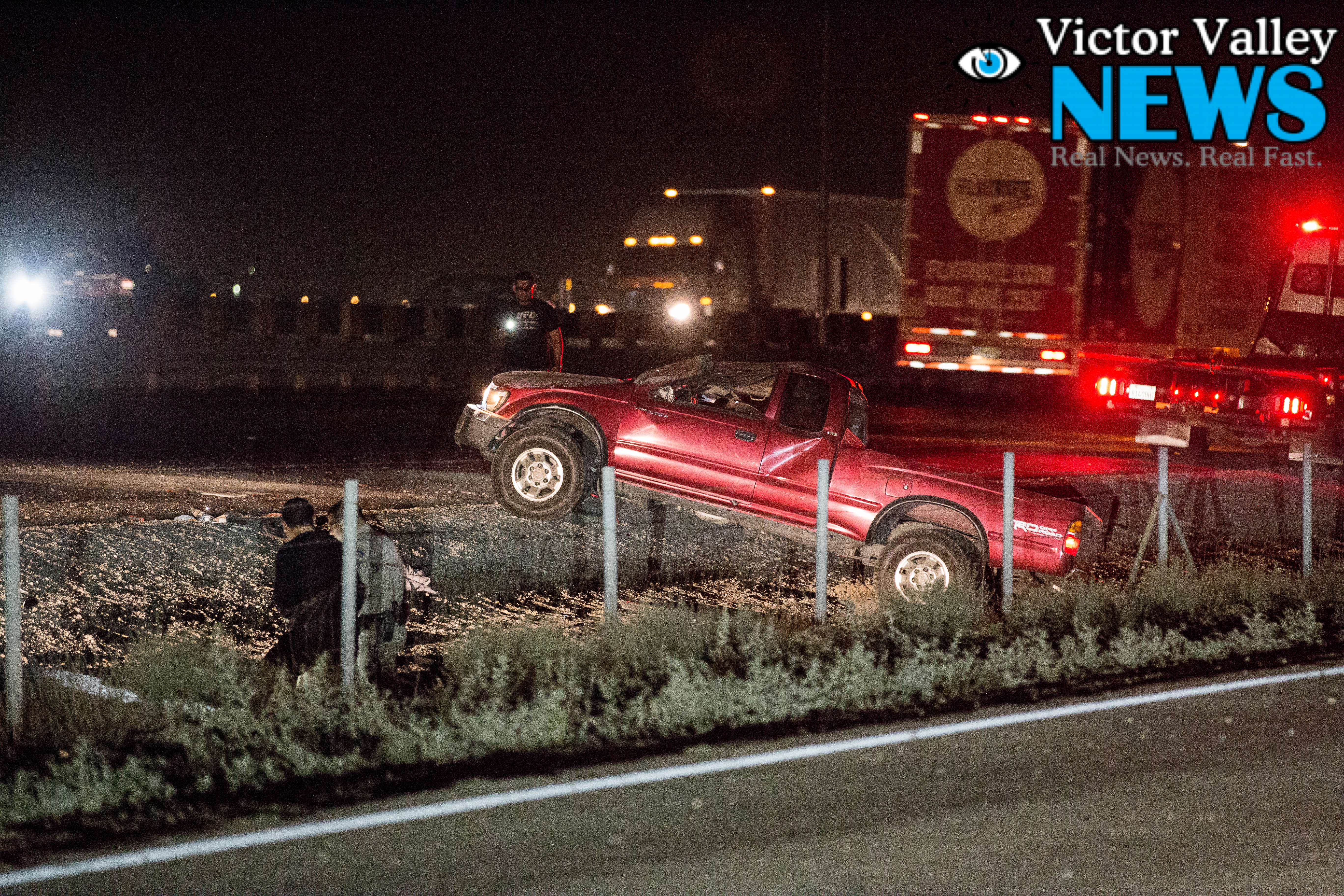 HESPERIA:(VVNG.com)- On Thursday, August 20th at 11:18 P.M., the California Highway Patrol responded to a single vehicle rollover on the northbound 15 freeway north of Main Street.

Upon arrival, officers located a red Toyota Tacoma along the shoulder of the freeway that had flipped over several times. For unknown reasons, the driver of the pickup lost control and crashed.

Per the CHP incident logs, the male was awake and breathing and sustained a cut to his head during the collision.

The sole occupant of the vehicle, 59-year-old Michael Stanton, a resident of Encinitas, CA was airlifted to Arrowhead Regional Medical Center for treatment of his injuries.

Scanner traffic stated that a K-9 drug sniffing dog was requested to the scene of the accident.

According to Public Information Officer Matt Hunt, from the Victorville CHP office, narcotics were located inside the vehicle. However, the driver has not been arrested.

The collision is under investigation by the California Highway Patrol. More information will be updated as it becomes available.