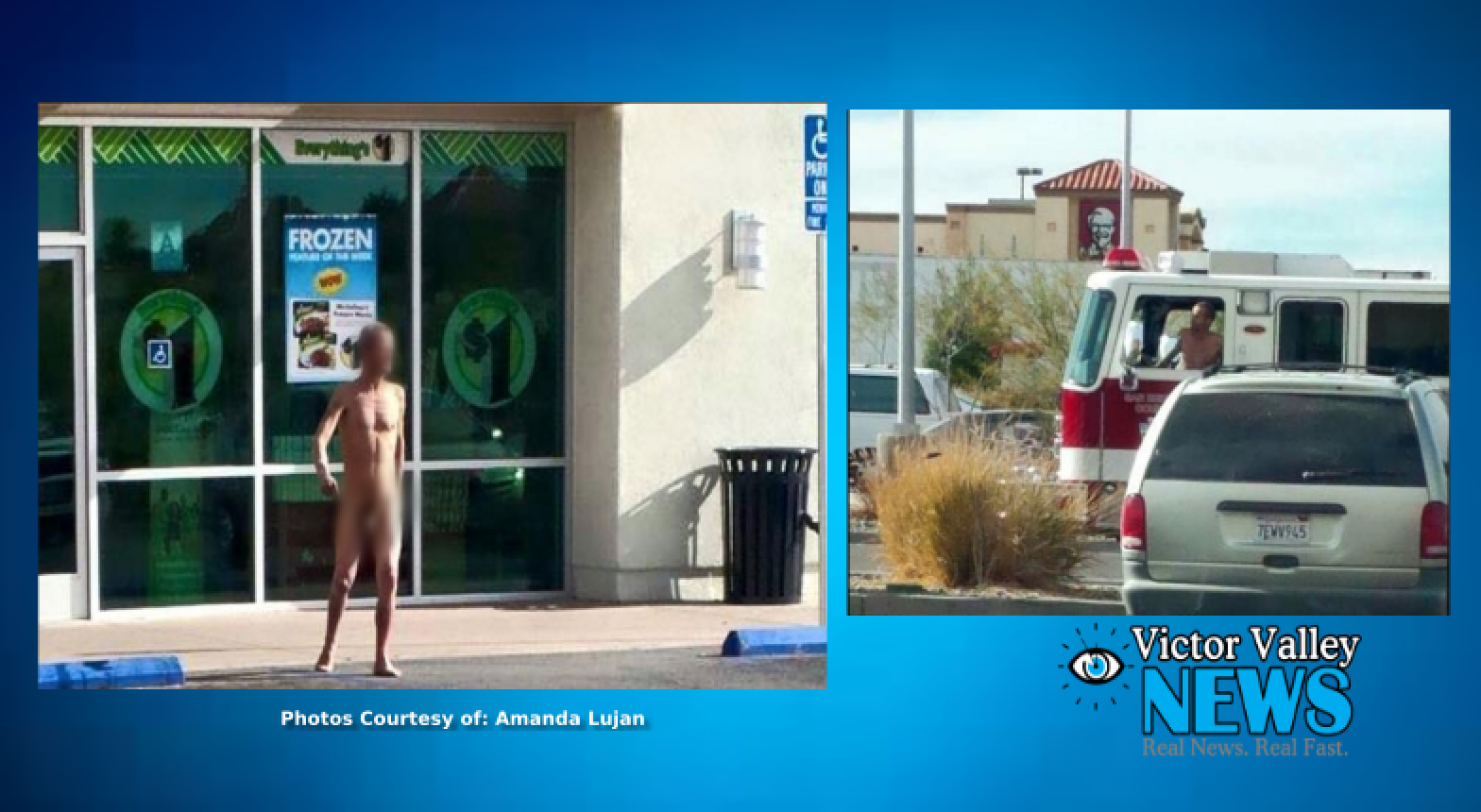 VICTORVILLE-(VVNG.com): A naked man was taken into custody on Thursday, December 3rd after running around near the Dollar Tree store located at 14325 US-395 in Victorville. Just after 12:45 p.m. the completely nude man, according to witnesses yelled out to bystanders, “Merry Christmas”, other witnesses said that he also spoke of “the end of times”.

The man attempted to enter the store when a female store employee stopped him from entering. As she stopped him witnesses said that he attempted to hug the frightened employee. She then pushed the naked man away and he ran to the fire truck climbing in through an open window.

According to the San Bernardino County Firefighters on scene they stopped for a quick bite to eat, parking not far from the Dollar Tree store. During their lunch a woman approached them letting them know that the naked man was inside their fire truck.

As the firefighters came back to the fire truck the man was sitting inside. Soon after a deputy from the Victorville station responded to the scene and detained the man. At this time it is unclear if the man will be facing charges.