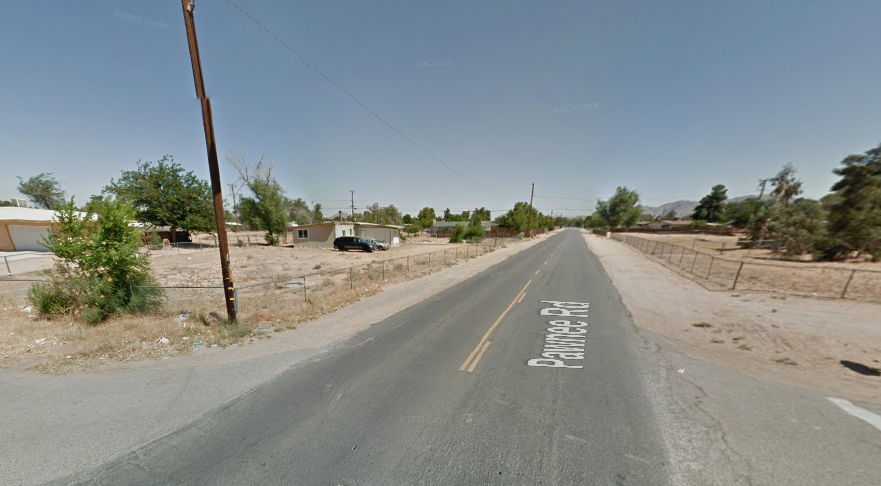 APPLE VALLEY-(VVNG.com):  On Thursday, January 8, 2015, at approximately 7:20 a.m. near Arapaho Avenue and Pawnee Road an unidentified male pulled down his pants exposing himself to children waiting for their school bus. The reporting party, a mother of two students that take that bus said, “I was the one that called 911 (on the) crazy naked man and he chased a little girl. I have 2 kids that get on the bus there, the little girl he chased was my daughters friend.”

The Apple Valley School Police as well as the Town of Apple Valley Police responded., pepper sprayed the man, tackled him to the ground and took him into custody. “My son was on that bus he text me but didn’t know what happened the bus couldn’t move I was curious to find out what happened,” said Victor Valley News member, Ronnie Stephanie Duran.

An ambulance responded to the scene to render aid to the man who had exposed himself to the group of children. The children were kept on the bus, which was delayed due to the incident. “I don’t think he saw it, thank God he just saw all the cops and aftermath he couldn’t figure out what was going on and he text me he said, some man was being arrested and was pepper sprayed,” Duran added.

The school principal, Mariana Torres would like parents to know that they are reaching out to all of the students that were on the bus to make sure that they are doing alright and receiving any services they need. The school counselor is at the school speaking to any students that they feel can benefit from the services. If the child receives services from the school counselor parents will also be notified of that information.

“We are informing all parents with students here so they can talk to their children about it. Even if they were not there, they may have friends who were and they also may need to talk about it,” said Torres. The teachers and staff are aware of the situation so if they feel that a student is having a difficult time they can send the student to the office for support and/or counseling. “We have our systems in place, we just want to make sure that the students are alright. It might not be something they are ready to talk about just yet, but may need to talk about later so we want them to know we are here to help them,” added Torres.