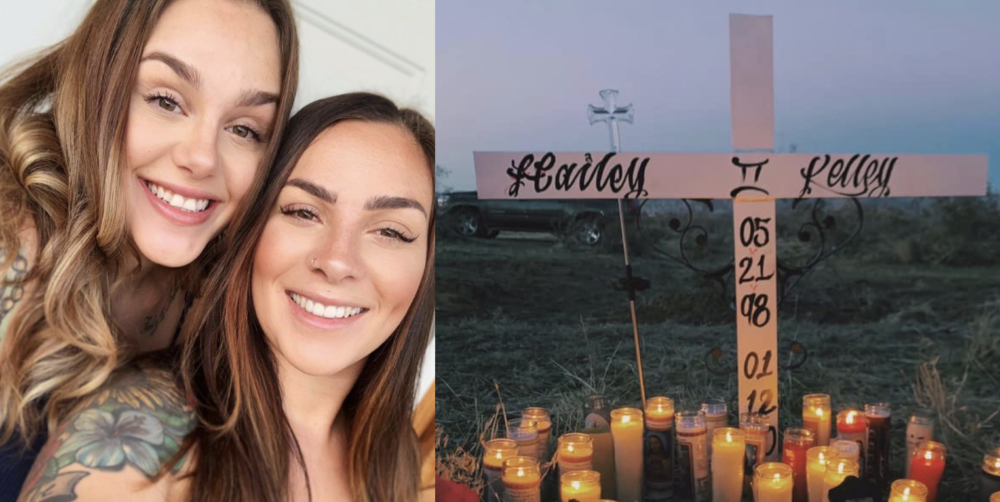 APPLE VALLEY, Calif. (VVNG.com) –Justice Kelley lives in Apple Valley, has two children and has future wedding plans with her fiance who also has two children of his own. After the marriage, they will create a family of six.

At first, her story might sound like most others, however, Justice has endured immense suffering as she’s lost three siblings and a grandmother over the years.

Justice said she and her family have been through so much pain that she decided to share her story on Facebook in hopes that more people will appreciate what they have. Justice also hopes to one day be able to sit with talk show host Ellen and share her story with her.

Below is Justice’s story:

Since I was little my life has been a roller coaster, but I seriously can’t make these life events up. I am the second oldest of 5 siblings, and there are two of us left. Growing up wasn’t the easiest for us but our parents always took care of us. Even when they couldn’t take care of themselves. My parents struggled with addiction, but they always loved us. My mother Janelle Kelley was a great mother but had her own hardships. She always put everyone before herself. My father struggled with addiction his whole life, but always tried his best, the best he knew how.

In 2010 March 5th my brother Steven Kelley was crossing the street late at night, and was the victim of a hit and run. The women came forward the next day and proceeded to say she didn’t know what happened. She thought my 19-year-old brother was a dog and that’s why she left him in the middle of a busy street to be struck again.

I was 16 at the time and left with three younger siblings. My mom stayed as strong as she could, but I had to pick up a lot of pieces at a young age as the oldest daughter. My dad who already struggled with addiction, this pushed him over the edge. In and own of jail, and addiction, he tried his best.

In 2015 I had just started to become a young woman who had grieved her older brother and was moving on with life, not having to worry so much about my family.

In 2015 on January 30th my younger brother Aarym, 18 years old was crossing the street on his mini-motorcycle and was struck by a truck. He was airlifted to Arrowhead hospital, where we soon found out he was brain dead was not going to make it. We watched another brother and son die that day.. this took an even harder toll on our family. We couldn’t believe it happened again. That God would take another amazing sibling from us. The strong people we had become, we weren’t anymore. The strong woman my mom was, she wasn’t anymore. After 14 years of sobriety, my mom lost her way.

After five years have passed, we started to become whole again. I have a beautiful 4-year-old daughter, Alilah Aarym, and a 1-year-old son Nixon Wayne. Two step-children and a loving fiancé. My sister Hailey has a 1-year-old little boy, Derrick. My youngest brother, has a new baby, Aarym. Who was born premature and still in the NICU. My mom started to find her way again. She found God and is an amazing grandmother. We were just started to be okay again. I wish this is were our story ends…

On January 12th, 2020, I got the call. My sister Hailey 21 years old, had been involved in an accident and didn’t make it. She was driving out with a pot of stew she had just made for my grandma. Who earlier that week had just been put on hospice. She was pronounced dead on the scene. She leaves behind a beautiful 1-year-old baby boy. And a heartbroken family. We keep asking why. Why does something like this happen to one family more than once.. Our birthday is May 21, the same exact day. My birthday will never be the same again.

I’m suppose to get married on June 6th 2020, and my sister doesn’t get to be there. None of them do. She can’t stand next to me while I say I do. The pain the unbearable.

4 days later on January 16th, 2020 my grandmother Ellie Filipi, 89 years old. Who Hailey was taking stew to, joined her in heaven…

All three of them passed 5 years apart almost to the day. Almost the same exact way. This life is so trippy and I can’t wrap my head around it.

If I take anything from this, love your siblings! Call them!! Hug your mom and dad. Love those friends that you call family. Don’t ever leave without saying “ I love you” Kiss and hug and tell people how much they mean to you. Because tomorrow is not promised.

I don’t know where we will go from here. But people need to know this is real life. And this is our life. I love you guys forever and ever.

Donations are being accepted via the following link: Hailey Kelley Memorial Fund