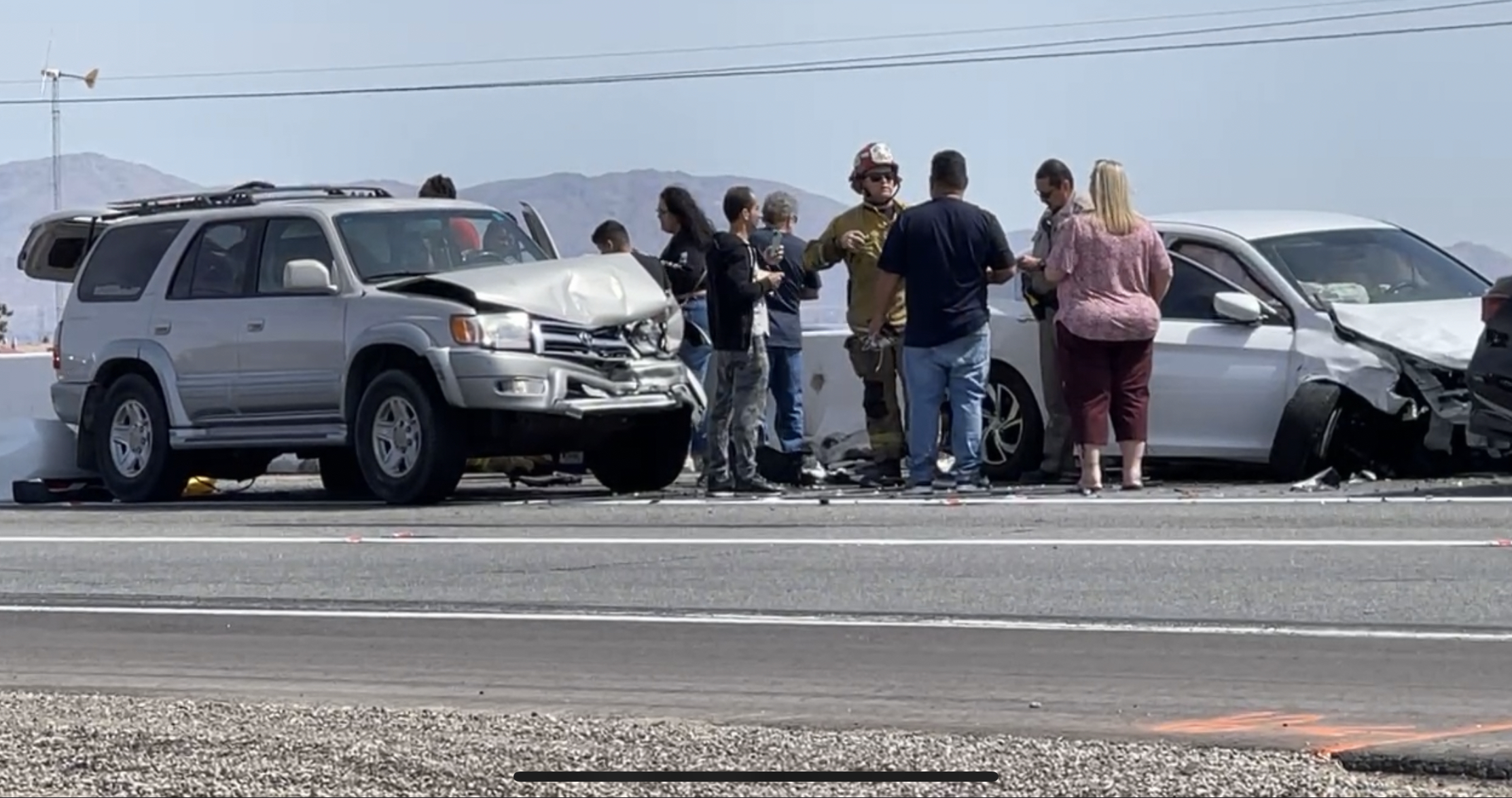 The crash was reported at 12:06 pm and involved six vehicles, according to the Highway Patrol Logs.

Three vehicles, a silver SUV, a white Honda, and a black Kia sustained moderate to major damage and were blocking the #1, and #2 lanes of the southbound 15 freeway, just north of the Joshua Street off-ramp.

The collision caused traffic to back up on the southbound freeway, with traffic extending as far back as Bear Valley Road.

The cause of the crash is under investigation at this time.