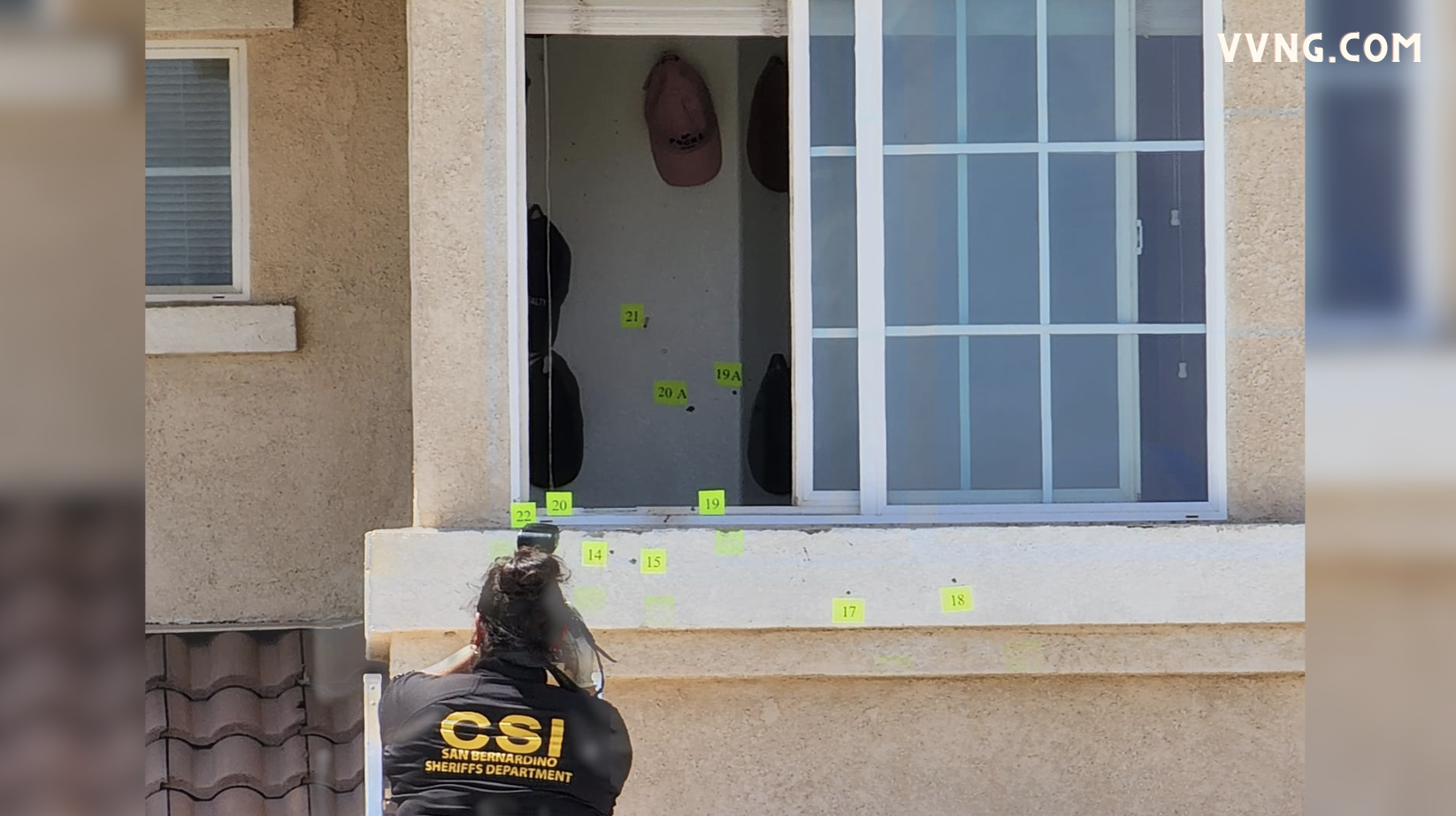 VICTORVILLE, Calif. (VVNG.com) — A murder suspect wanted by the Los Angeles Police Department (LAPD) was shot and killed by deputies during a stand-off with law enforcement in Victorville.

On Thursday, August 11, 2022, at about 4:00 pm, deputies from the Sheriff’s Specialized Enforcement Division (SED) assisted the LAPD in the apprehension of a murder suspect, identified as 33-year-old Byron Hayes, in the 12600 block of Westway Lane located within the community of Eagle Ranch.

When deputies arrived at the location the suspect barricaded himself inside the home, prompting a stand-off

“After over 30 minutes of negotiations, Hayes pointed a handgun at deputies. Deputies fired rounds at Hayes, and he was struck. When Hayes retreated inside the home, deputies forced entry into the home and rendered medical aid,” stated a sheriff’s news release.

Hayes was transported to a hospital where he was later pronounced deceased.

The Sheriff’s Specialized Investigations Division responded and is conducting the LFE investigation.  This investigation is ongoing and no other information is available for release.

Sheriff’s officials said the LAPD is conducting the murder investigation and had no other information available for release.

Anyone with information is urged to contact the Specialized Investigations Division at 909-890-4908.

Callers wishing to remain anonymous should contact the We-Tip Hotline at 1-800-78-CRIME (27463) or go to www.wetip.com