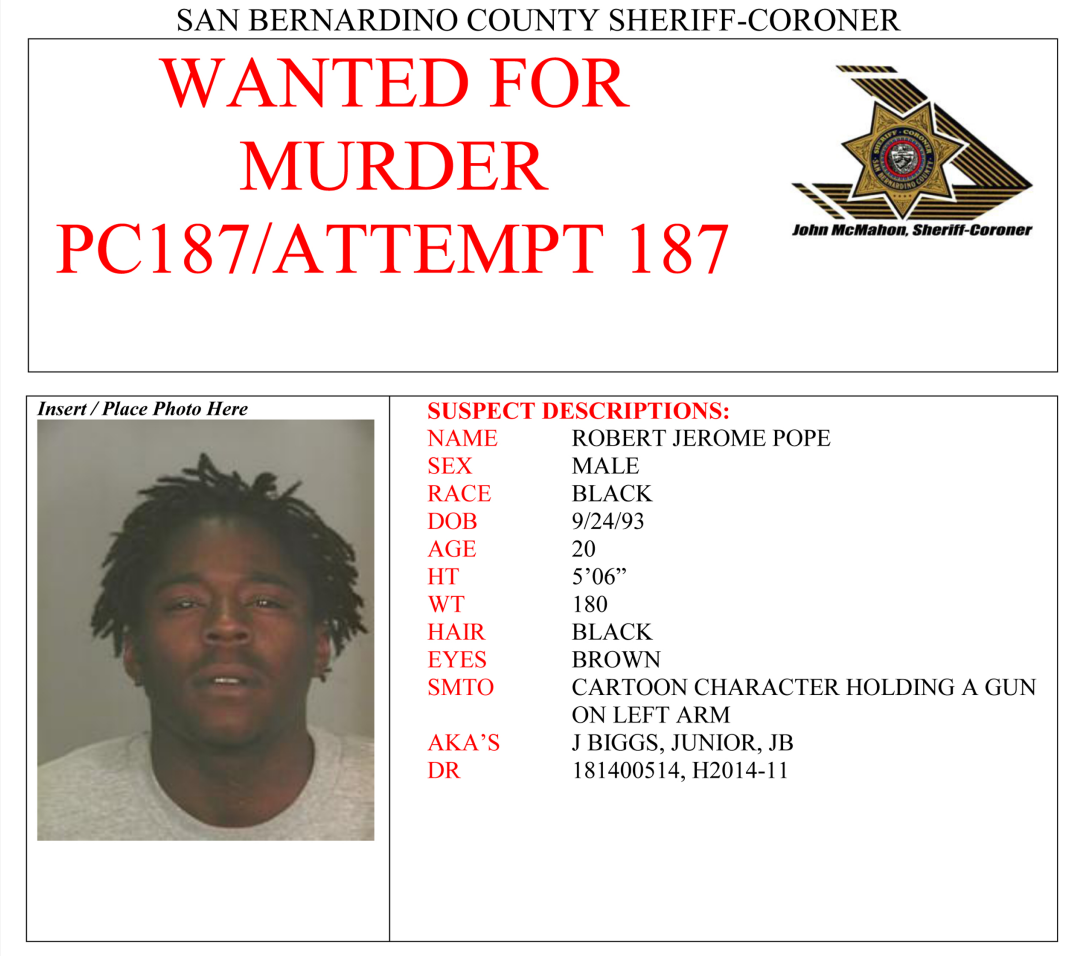 UPDATE: January 30, 2014 : Homicide investigators have identified the suspect believed to be involved in the death of Ernie Sanders and the attempt murder of an adult female as Robert Pope, 20. Pope is believed to frequent the high desert. Investigators are asking for the public’s assistance in locating him.

Anyone with information regarding his whereabouts is urged to contact the Homicide Detail, Detective Mike Walker or Sergeant Rick Bessinger, at (909) 387-3589 or Sheriff’s Dispatch at (760) 956-5001. Callers wishing to remain anonymous are urged to call the We-tip Hotline at 1-800-78-CRIME (27463) or you may leave information on the We-Tip Hotline at www.wetip.com.

According to a news release, on Tuesday, January 28, 2014, at approximately 10:00 p.m., deputies from the Apple Valley Police Department responded to the report of a shooting in the 20000 block of Serrano Avenue in Apple Valley.

Medical personnel responded to the location, and the male victim was pronounced deceased at the scene.

The female who’s identity is being withheld was transported to a local area hospital for treatment and is reported to be in stable condition.

Detectives from the San Bernardino County Sheriff’s Department Homicide Detail responded to the location and are currently conducting the investigation.

The motive is under investigation and the suspect remains outstanding.