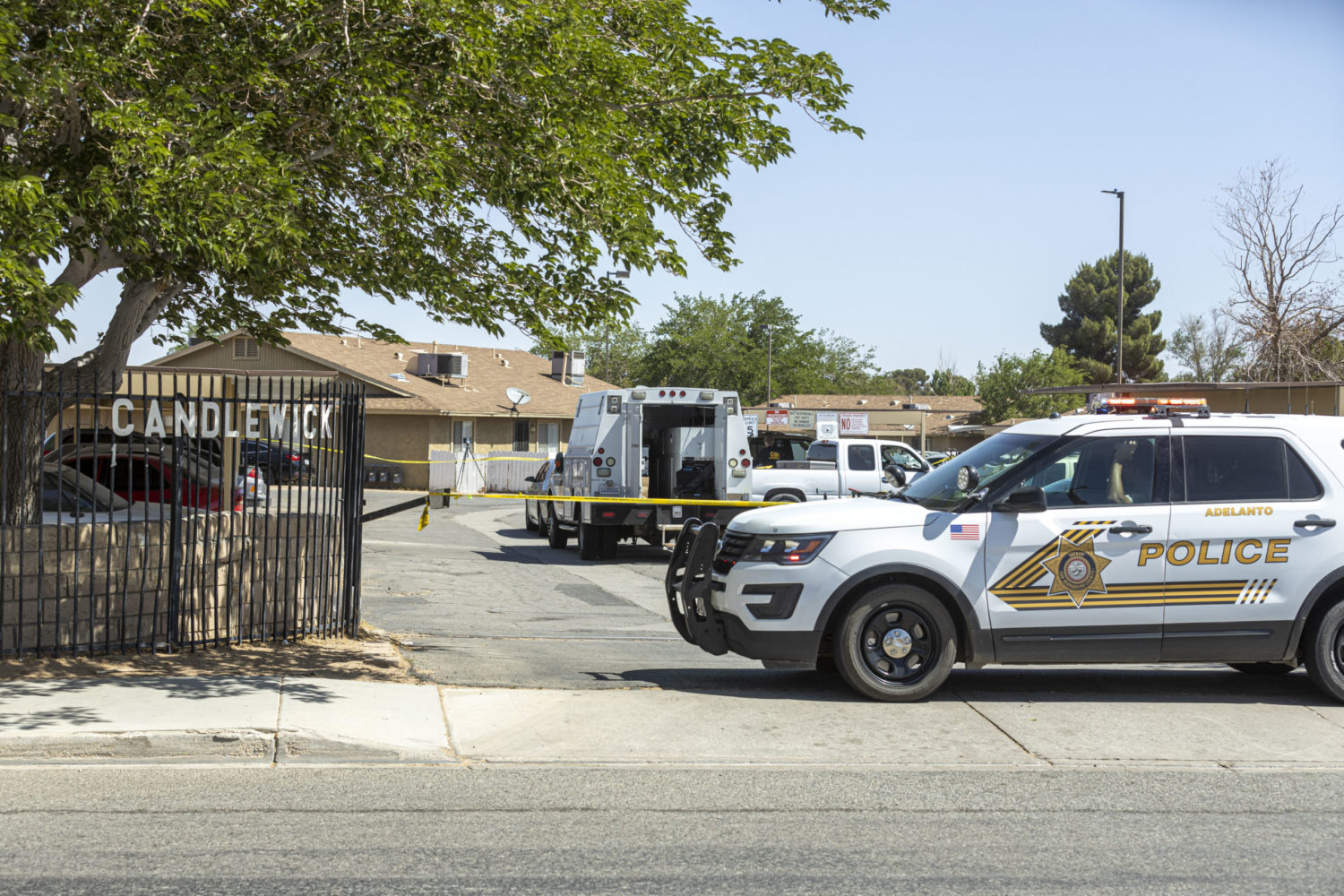 ADELANTO, Calif. (VVNG.com) — The San Bernardino County Sheriff’s Department is investigating a homicide inside the Candlewick Apartments in Adelanto.

On Thursday, May 20, 2021, Deputies from the Victor Valley Station responded to the complex located in the 11200 block of Chamberlaine Way and found the victim down in the parking lot near a black GMC Yukon.

Despite life-saving measures, the victim was pronounced deceased at the scene and the body was covered with a white sheet.

Several hours after the shooting, Crime Scene Investigators along with homicide detectives remained at the scene photographing and gathering evidence from the parking lot.

A witness who asked to remain anonymous said the victim is a young male and reported hearing an argument before the shots were fired.

Sheriff’s officials haven’t released details about the ongoing investigation and it’s also unknown if a suspect has been arrested. This is a developing story and information will be updated as it becomes available.

Victorville Police investigating after man shot shows up at hospital