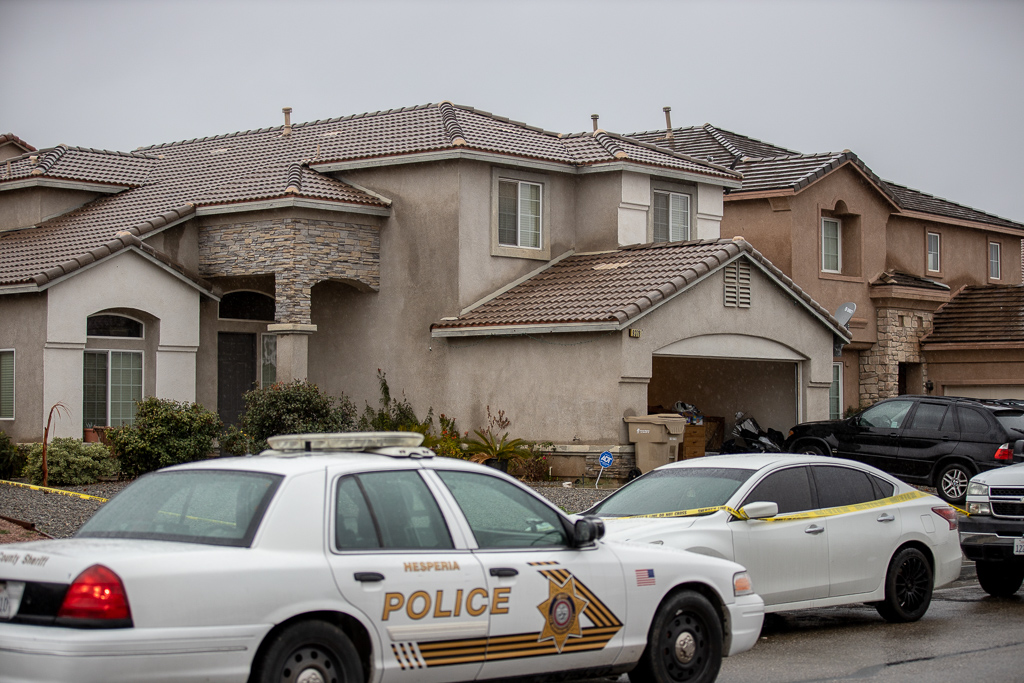 HESPERIA, Calif. (VVNG.com) — Detectives are on scene investigating a homicide that occurred early Thursday morning in the city of Hesperia.

Bachman said Homicide Detectives located one victim, but that no further information is available for release since the investigation is just beginning.

Neighbors said they heard gunshots and screaming in the neighborhood just before 5 a.m. coming from the residence.

“They’ve lived here for about 6 months, and I believe they have kids in the house too,” said a concerned neighbor who declined to be named.

Officials on would not comment if any arrests have been made or if there is a motive in the murder.