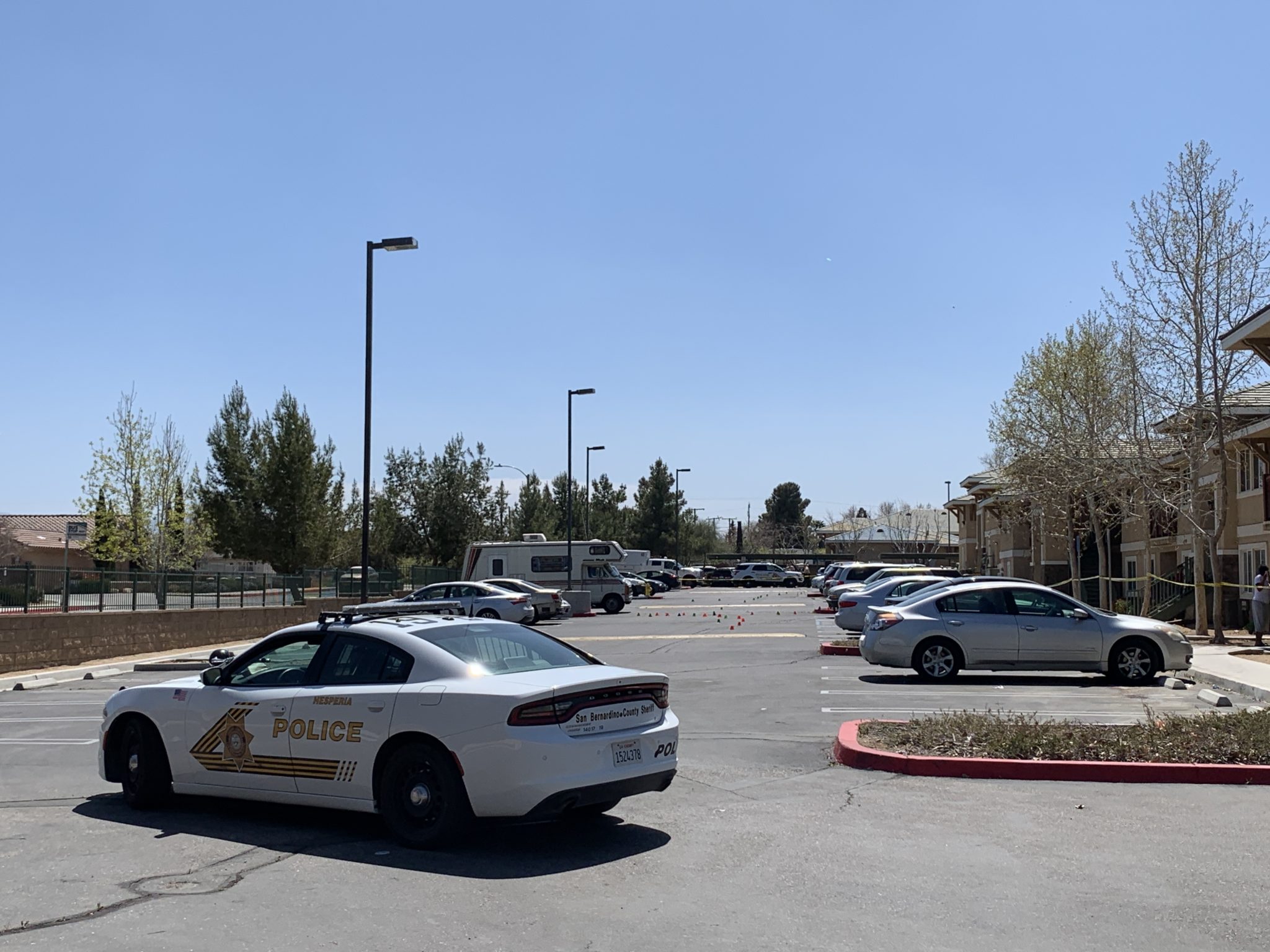 HESPERIA, Calif. (VVNG.com) — Authorities are conducting a homicide investigation after a man was killed at the Sunrise Terrace Apartments in Hesperia.

“A suspect has been detained and there are no outstanding suspects,” stated Miller.

Sheriff’s officials haven’t released details into how the murder happened. Crime Scene Investigators have placed dozens of evidence markers in the parking lot of the apartment complex.

Additional information will be released as soon as it is available.