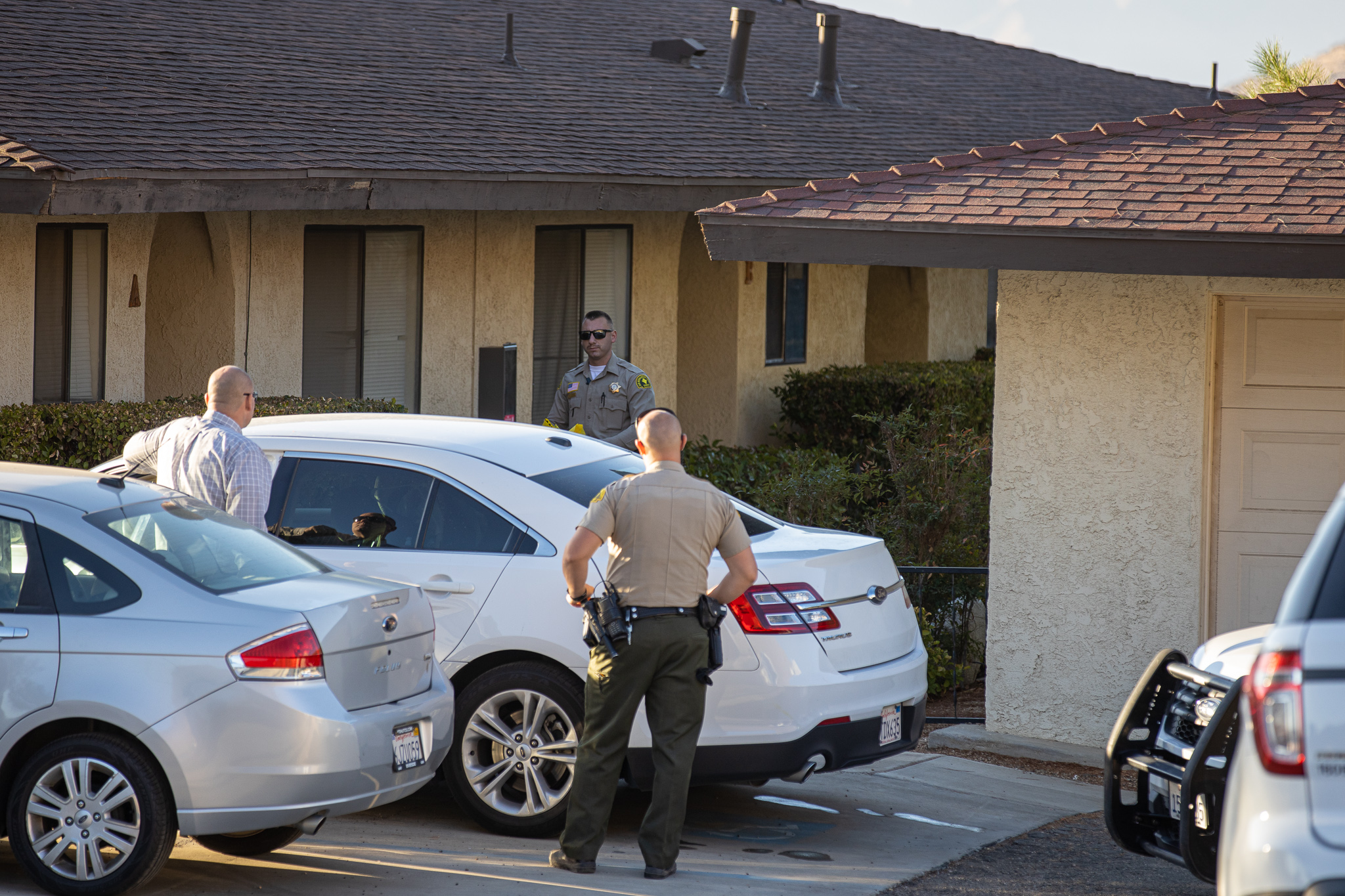 It happened at a multi-unit apartment complex on October 5th at about 9:44 pm in the 16000 block of Rancherias Road and Otoe Road.

“I head a loud bang, and we typically hear fireworks around this area, but this bang was much louder than usual,” stated a nearby resident who wished not to be named. “A short time later, there were about 6 squad cars outside, I witnessed a man being detained and a rifle being removed from the home.”

“This appears to be a domestic incident that resulted in a shooting,” stated San Bernardino County Sheriff’s Spokeswoman Cindy Bachman, who was not able to provide further details to Victor Valley News.

According to the neighbor, the couple appeared to be in their mid to late 50s. “She was just outside the other day throwing out trash, and he was there following behind her.”

According to public records, a suspect was arrested at the scene for PC 187 Murder. Arrest logs identified the suspect as 51-year-old Robert William Vance.

Detectives had a portion of the complex closed off for nearly 9 hours while they investigated.

Vance is currently scheduled for arraignment on October 7th, 2019 inside a Victorville courtroom. He is not eligible for bail at this time.