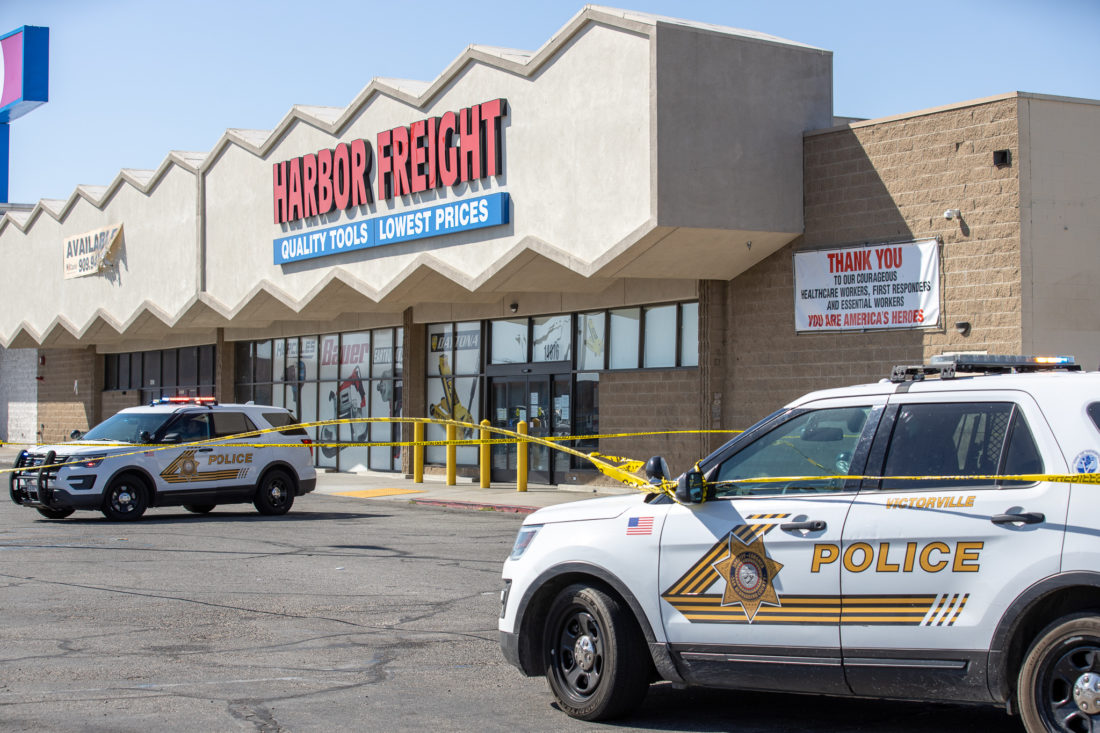 Authorities are investigating after a man was shot near the Harbor Freight in Victorville. (Hugo C. Valdez, VVNG.com)

VICTORVILLE, Calif. (VVNG.com) — A man shot outside of the Harbor Freight in Victorville on Monday died at a local hospital, officials confirmed. The victim was allegedly helping his girlfriend who was enrolling customers for free government phones when he was shot by a male suspect who fled the scene.

It happened just before 4:00 PM on July 6, 2020, near the intersection of Seventh Street and La Paz Drive in Victorville, in the shopping center of the 99 Cent Store.

Sheriff’s spokeswoman Mara Rodriguez said deputies responded to the scene for reports of a person shot in the parking lot.

Prior to deputies’ arrival, bystanders attempted to perform CPR on the victim before he was rushed to a local hospital.

Tandra Keiser was one of those bystanders who ran over to render aid and was overtaken with sadness after realizing she recognized the victim. “He is a regular around here and everybody knows him because he always sets-up and does the free phones,” stated Keiser.

According to Robbie Gutierrez, the male victim was a very respectable man that was full of energy and motivation. He would often show up to support his girlfriend who was doing the enrolling for the LIFELINE program. “Daniel is the right hand … like walks around and ask people if they need a phone, then bring customers to the table,” stated Gutierrez.

Keiser said brothers of the victim showed up at the crime scene shortly after the shooting and were very upset. “They told me he had a job next week and he was just trying to get his life back on track,” stated Keiser. “He didn’t deserve this and I hope he finds justice.”

Witnesses reported the victim was involved in an argument with another male who fled in an unknown gray/silver SUV. A sheriff’s aviation helicopter responded to the incident and assisted ground deputies as they search for the gunman. Rodriguez said there were no other details available for release.

The victim was pronounced deceased at Victor Valley Global Medical Center and the shooting is now being handled by homicide detectives.